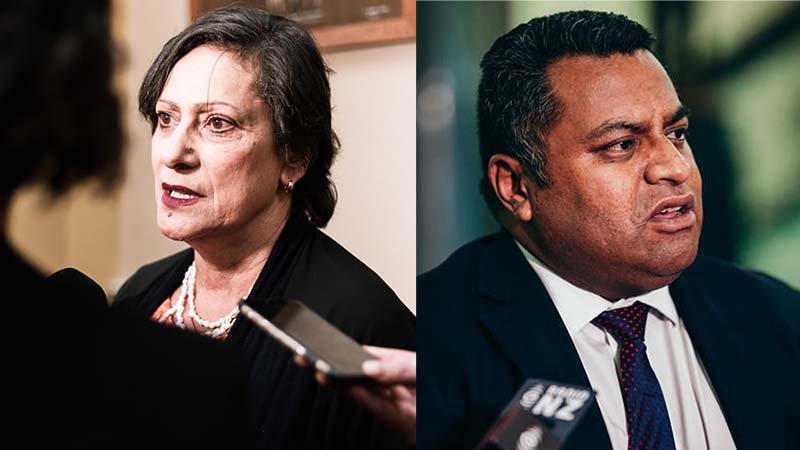 Firstly, she announced that broadcasting minister Kris Faafoi, who is of Tokelauan heritage, has resigned from parliament. He was one of two Labour Party resignations from the house which included speaker Trevor Mallard.

And secondly, the Prime Minister announced that Poto Williams, who is a Cook Islander, had lost the highly contentious Police portfolio to Labour’s Mr Fixit, Chris Hipkins.

While Williams’ demotion was ‘on the cards’, Faafoi’s impending resignation came as a shock to many, except the Prime Minister.

“This was a decision Kris expressed to me at the election,” Ardern says.

“In fact, he had intended to leave 18 months ago but I asked him to give us another year.

“I’m grateful for the significant work he’s undertaken so far this term in re-setting our immigration and public broadcasting settings.”

In a statement today, Faafoi said he was honoured to serve as a minister and an MP but that the time was right to move on and spend more time with his family.

“I am the father of George, Fred and Theo who say they want to see more of their Dad, which is something I think is a reasonable ask.

“I spoke with the Prime Minister about my wishes at the last election, and we had a more recent conversation at the end of the last school holidays. I thank her for being supportive and allowing me to call time on my political career. I remain in awe of her strength and leadership.”

Poto Williams took over the Police Minister’s job after the 2020 election, but it’s been a portfolio fraught with difficulty especially in the last several months where ram-raiders and gang tensions spiralled into tit-for-tat shootings giving opposition MPs free reign to question police tactics and the minister in charge.

It’s no wonder then that the PM has moved Williams on, although she does remain in cabinet.

“We both share the view that at this time it’s critical that our focus is on supporting the Police, implementing our record investment in the frontline, passing our further gun law reforms and developing additional measures to deal with the current escalation in gang tensions and violence,” the Prime Minster says.

“She picks up Conservation, and Disability Issues, where there is a significant work programme following the establishment of a new Ministry.

“Poto has a background in the community sector and was also a member of the Parliamentary Disability Alliance and will be well suited to this new role.”

While the two MPs along with Speaker Mallard’s resignation dominated the announcement, other Pacific MPs also got a mention by the Prime Minister.

Palmerston North MP Tangi Utikere has been promoted to the position of Junior Whip. And Mana MP Barbara Edmonds, who’s already a Junior Whip, will be nominated to chair the important parliamentary Finance and Expenditure select Committee.