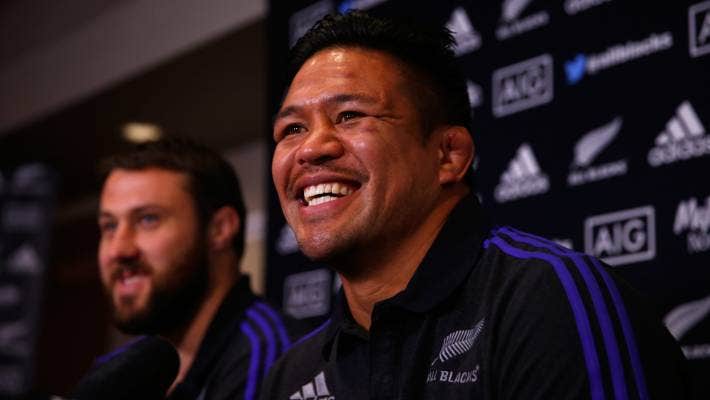 Former All Black Keven Mealamu is set to take part in this week’s Fight for Life charity event, but he now has another campaign on the cards.

He’s planning to stand as an independent in Franklin ward for the Auckland Council. Mealamu has been a member of the Papakura Local Board since 2019.

The former Blues player was first capped for the All Blacks in 2002 and played 132 tests for the team before retiring from the game after the 2015 Rugby World Cup.

The 43-year-old Papakura resident said standing for the council seemed like an obvious next step after holding down a local board seat for the past three years.

He said he wants to see a greater focus on public service among councillors and standing in Franklin will provide people with a greater choice.

Mealamu said a lot of families in Franklin are doing it tough during the current cost of living crisis and it’s important the Auckland Council accounts for its spending.

“I want to be a good steward of ratepayers’ money, because spending other people’s money requires care and discipline,” he said.

“I want a renewed focus on restoring and maintaining local services and I want to ensure that if our part of the Auckland region is to grow, that growth has to be matched by the base infrastructure to complement development,” Mealamu said.

The Franklin ward seat is currently held by Auckland Deputy Mayor and Team Franklin candidate Bill Cashmore, who has said he won’t be standing in 2022 after three terms on the council.

Franklin Local Board chairman and former policeman Andy Baker is also expected to contest the seat for Team Franklin.

Baker said he wasn’t worried about standing against a high-profile former sportsman like Mealamu.

“I back my name recognition based on what I’ve done and my work in the community,” he said.

“But at the end of the day, with Bill retiring, there was always going to be people looking for an opportunity in Franklin. I don’t know what his motivation is, but good luck to him. It will be an interesting contest.”

But he said the fact Mealamu doesn’t live in Franklin could count against him.

Mealamu is set to box in this week’s Fight for Life event on Thursday in the main event against former Kiwi league player Wairangi Koopu.

The matches help to raise money for charity and a portion of the ticket sales from this year’s event will go towards the youth mental health and suicide prevention charity I Am Hope, founded by Mike King.

Mealamu is also the part owner of the Fit60 gym in Takanini.

In the 2016 New Year Honours, Mealamu was appointed a Member of the New Zealand Order of Merit for services to rugby.

Candidate nominations for this year’s local body elections close on August 12, with voting running from September 16 to October 8.

Meet the innovators behind Matai Watches