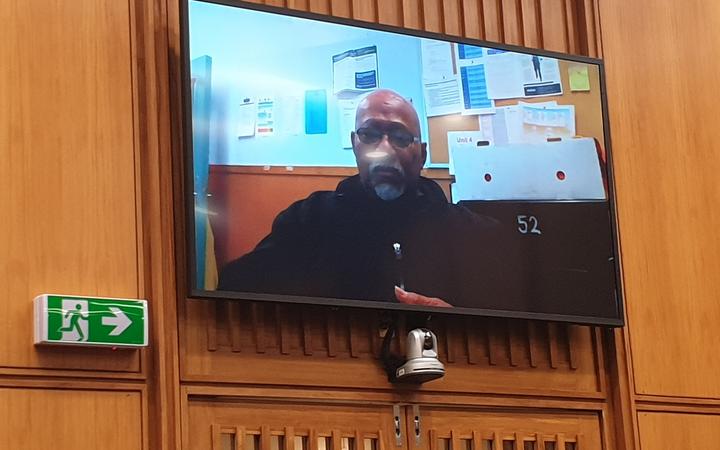 The jail term given to a man convicted of slavery and trafficking has been called manifestly inadequate.

By Hamish Cardwell of RNZ

Hastings-based Samoan chief Joseph Auga Matamata was last year given 11 years in prison for bringing 13 Samoans to New Zealand and exploiting them for more than two decades.

In the Court of Appeal in Wellington yesterday, Matamata appealed his conviction, while the Crown appealed his sentence as too light.

Matamata is the first person jailed for both human trafficking and slavery.

At his trial last year the court was told he brought out small groups of people from Samoa on holiday visas – then forced them to work long hours using violence and intimidation as methods of control.

Matamata was found guilty of 10 charges of human trafficking and 13 of dealing in slaves. He was acquitted on one trafficking charge.

In court yesterday, he listened impassively via videolink while Crown lawyer Rebecca Thomson argued his prison sentence was not long enough given the gravity of the offending.

She said he used his position as a Matai, or chief, to take advantage of people.

“He exploited his cultural position of authority as Matai both to draw them to New Zealand and then to rely on the victims’ silence after they returned to Samoa.

“He was the primary organiser of this offending, its primary beneficiary and its primary enforcer through threats and some serious violence to ensure the victims’ compliance.”

One of the three judges on the panel, Justice Clifford, asked if the cultural expectations of a Matai in Samoan culture were relevant to this case.

“Would it be fair … to say this was criminal abuse of traditional relationships in a society based on the extended family and communal values?”

Thomson replied: “Yes, your honour. That would capture the abuse-of-trust part of the offending well.”

Nonetheless, Thomson said Matamata should have faced at least a 15-years jail term in after the first trial presided over by Justice Cull.

“And her Honour also failed to recognise that to denounce and deter offending at this level, and to hold Mr Matamata accountable for the harm he has caused, the statutory non-parole period was insufficient.

“A higher minimum period of imprisonment should have been imposed.”

But Matamata’s lawyers say the judge in the first trial was best placed to decide the sentence as they had all the evidence and facts in front of her.

Matamata was also appealing his conviction in court yesterday.

His lawyers say the definition of slavery used to convict him was too broad.

Solicitor Nick Chisnall said slavery was one of the most serious crimes in the land and it was important it was correctly defined.

“It’s important to recognise that harsh and exploitative conditions of labour do not, of themselves, amount to slavery.”

Chisnall said it was very hard to say what slavery actually was.

“The authorities and the literature treat ‘control’, which of course is defined by reference to possession, as a proxy for slavery – that underlines the way that the learned judge directed the jury in this case.

The Justices have reserved their decision.