HomeNews & TalanoaMutton flaps to be banned in Tonga 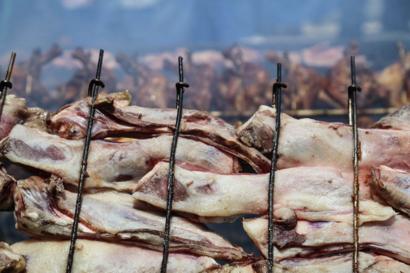 Mutton flaps to be banned in Tonga

Mutton flaps will be banned in Tonga from 1 July.

The announcement was made by Hon. Minister of Finance Hon. Tēvita Lavemaau during his discussion of the Minister of Inland Revenue and Custom’s vote on Monday.

The ban is part of the Tongan Government’s effort to fight against non-communicable diseases like diabetes and obesity and “to promote healthy living”.

Tonga is one of the countries with the highest level of type 2 diabetes in the world. One of the causes of this trend is greatly attributed to the consumption of mutton flaps, a cheap and fatty cut of sheep’s meat.

Speaking to the BBC in 2016, Health Planning Officer Sunia Soakai described the meat as “the discarded parts of the lamb that are not fit for consumption in New Zealand. They were able to dump this stuff on the Pacific countries.”

The Government stipulated that the ban does not include lamb shanks, lamb chops and lamb neck.

All imported goods have a tax serial number, and according to the Hon. Minister of Finance, mutton flaps entering Tonga will be prohibited starting on July 1.