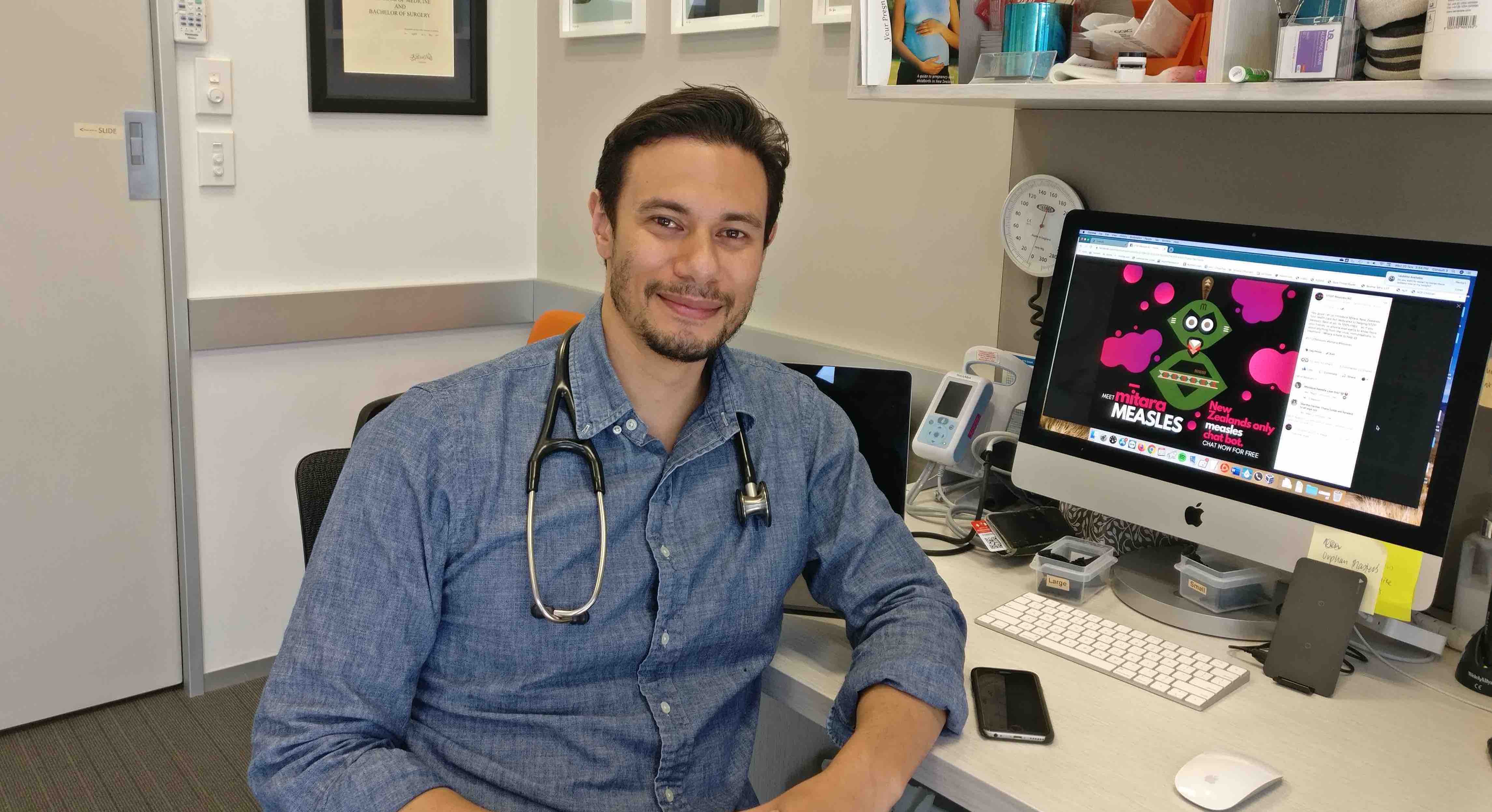 Two young Pacific doctors in Auckland have joined the fight to stop the spread of measles by addressing misinformation and encouraging MMR vaccinations. Using a free, interactive and instant online messaging service through Facebook messenger (@STOPMeaslesNZ), their efforts have gained well over 20,000 interactions since its launch on labour day.

Designed and operated by doctors Canaan Aumua (of Samoan-Fijian descent) and Sanjeev Krishna (of Fijian-Indian descent), the world’s first measles chatbot Mitara has proven itself a new-age public health tool, providing concerned citizens across New Zealand and the Pacific with a trusted source of information in the midst of a health crisis.

“This is particularly important in a community who may have lost confidence in the safety of immunisations. Along with general FAQs, people in the Pacific are asking the chatbot for help to treat their sick children diagnosed with measles and we believe this speaks to the desperation that many families are facing” Dr Aumua said.

The aim, Dr Krishna said, is to educate and overcome the large amount of misinformation about vaccines.

“We saw a real need to bridge the gap between technology and healthcare as a way to not only help the public find medically sound advice among misleading opinions, but also gain an understanding of how people interact with social media and technology relative to healthcare”.

Addressing issues of inequity by supporting their Pacific countries battling the growing spread of the highly contagious virus, drove the duo to ensure they were able to provide the advice of a doctor where Dr Aumua said it might otherwise be needed but not available.

“What we’ve seen is that through technology, a qualified doctor in a developed nation, can give real time advice to communities in remote areas around the world, whose first language might not be english.”

Dr Krishna said that since the chatbot’s launch, the demographic of users has changed from mothers of young children in mostly developed countries to individuals, parents and travellers in the developing world.

“Many have asked about how safe it is to travel to Fiji, Samoa and Tonga amidst the measles epidemic and so we’re glad to be able to inform not just those in New Zealand, but further abroad where measles is causing morbidity and devastation.”

To interact with the measle-bot, head to @stopmeaslesnz on Facebook and simply send a message to the page.