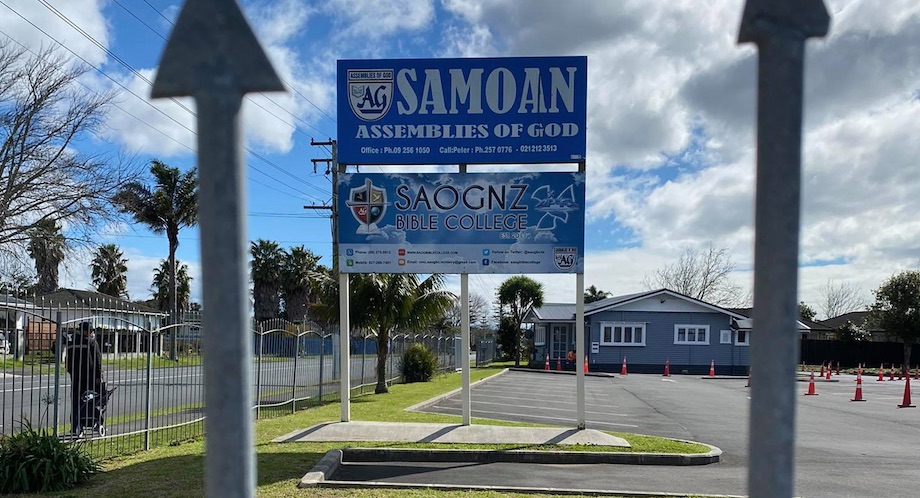 A health advocate says he expects more Covid-19 cases related to the Samoan church in Māngere this week and that self-isolating is a major problem for close contacts.

A service at the Samoan Assembly of God in Māngere is the one event with the highest number of Covid-19 cases, accounting for infections in Wellington.

More than half of the current cases in the Delta outbreak are Pacific people.

The Auckland Regional Public Health lead for the church cluster, Colin Tukuitonga told Morning Report he expected cases would continue to rise and that efforts were being made to better isolate those at risk.

Self-isolating was a directive particularly challenging to the Pacific community due to over-crowding, Tukuitonga added.

“These are multigenerational households, with small houses and big families. We have agencies looking at other options for isolating contacts where there are suitable arrangements when home is not possible.”

People are coming forward to get tested and health officials were making arrangements were being made to facilitate that, he said.

“We’re getting there. As is usual with these things people have many questions and we’ve invested quite a lot of time informing and encouraging people so testing is ramping up.

“The team tells me we’re getting more and more information out, organising support with welfare and social support and that kind of thing.

“So, we’re making progress but we’re still on the climb of this mountain, if you like and we’re not entirely sure how big it is. It looks to be the biggest of the questions we have to deal with.”

The health advocate wasn’t sure how many of those coming forward were vaccinated, but due to New Zealand’s low rates of vaccination generally, he believed numbers were low.

“It’s reasonable to assume these congregations probably have some of the lowest vaccination rates.”

He said the priority however was finding those close contacts and getting them tested, while dealing with vaccination uptakes separately.

Pacific island people that he had spoken to said vaccine bookings are been difficult for some, with centres out of the way and hours during which vaccinations took place aren’t always suitable.

Grounding the vaccination efforts closer to the heart of communities would make these more effective, he said.

“There’s no doubt in my mind that if we tried to offer more community-based vaccination centres in would help. For example, in the churches we’ve seen some success… So those options are being actively considered.”