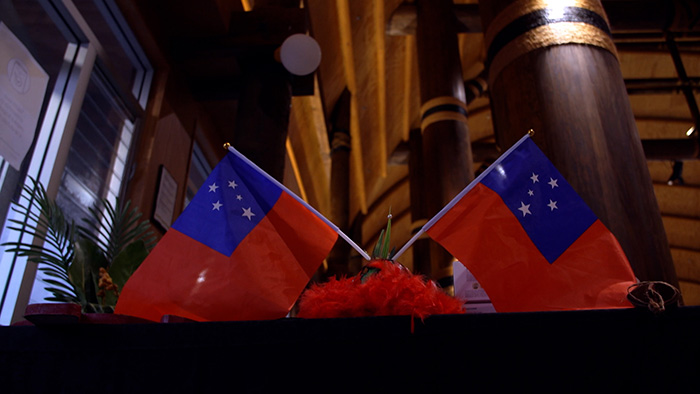 Samoa’s resilience a feature of last 60 years of Independence

Mangere’s Malae O Samoa was the venue for a special community event on Wednesday to celebrate 60 years of independence in Samoa.

Local MP and Pacific People’s Minister Aupito William Sio, on hand to pay tribute to his homeland and acknowledge the journey many Samoans have made to settle in New Zealand. It’s a link, he says, that  makes the community stronger.

For Samoans here who’ve been watching with interest the progress of their homeland, it’s a good time to assess how far the country has come. Among those observers is Auckland University of Technology lecturer, Lefaoali’i Dr Dion Enari.

As well as acknowledging significant changes in Samoa like the moving of the international dateline and changing the side of the road vehicles travel on, Lefaoali’i says seeing how much more connected Samoans are with the rest of the world, has also been a game-changer.

“Once upon a time we used to cry like someone was dying when we would farewell them from Auckland airport, when they were going to Apia,” he says.

When Samoa became independent in 1962, it enjoyed a relatively peaceful transition and several decades of stable politics. But this all came undone last year when the new “Fast” party became government after a succession of court cases which put the country’s constitution under the microscope.

“It’s not easy having conflict and division, especially on that nation-wide and diasporic level but I think even though the crisis was damaging and hard for relationships that those sorts of crises actually help to strengthen legal systems and to refine democracies.”

Asafo says, among the lessons learned from last year was the need for transparent law-making  especially when it comes to the constitution but he also says, Samoa needs to better understand how its modern laws and customs can co-exist.

“I think on a deeper level probably one of the biggest lessons will be to understand that western legal concepts like the rule of law can only take Samoa so far,” Fuimaono says.

“It’s only so powerful because we do have Fa’a Samoa, we do have indigenous customs and knowledge which do play a really important role and, unfortunately, what we saw in Samoa was a conflict between these two different legal systems that co-exist within Samoa.”

In the meantime Samoa’s government continues to forge ahead. The current concerns about China in the region, sparking a renewed look at international relations.

As a member of the  New Zealand government, it’s a relationship minister Aupito William Sio knows only too well.

“It’s a strong relationship founded on the treaty of friendship and we have shared heritage with family in many ways,” he says.

“But it’s a relationship also of two sovereign nations, separate and distinct, and so from time to time, there’s always tension but, you know, as we grow up and  better understand each other’s aspirations, we have collective aspirations.”

For Samoans here, there’s always hope for the future and even a role to play back in the homeland. Lefaoali’i says he’d like to see more of his people return to contribute to the country.

“Samoa mo Samoa, which I think is the vision that our forebears had.”