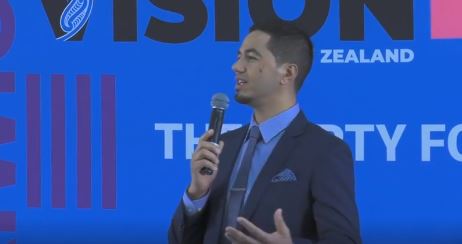 Currently there is a 10-year process for Pasifika to become citizens. Vision New Zealand say they want to cut this process in half to five years.

“We will establish an accelerated corridor for citizenship for all Pacific peoples by addressing the barriers of obtaining that citizenship, and establishing a five-year target across those five levels and categories of Pacific migration,” said Wilcox.

“For those [overstayers] that have contributed, I would like them to be pardoned and given the opportunity to become the citizens that they want to be here in Aotearoa,” said Vision New Zealand Leader Hannah Tamaki.

Wilcox also announced the party’s intention to establish a national commissioning body, the Pacific Innovation Fund, that will put resources and funding directly into churches.