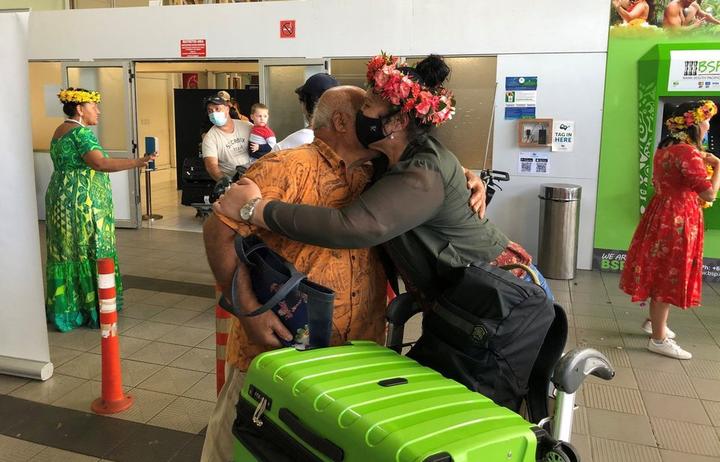 More than 350 Cook Islanders could be home by the end of next week, if Auckland’s Covid-19 alert level status is relaxed.

New Zealand’s largest city has spent the past four weeks in a level 4 lockdown, following an outbreak of the Delta variant, but the government has indicated Tāmaki Makaurau will move to alert level 3 next Tuesday.

Hugh Graham is one of at least 363 Cook Islanders waiting to fly home to Rarotonga.

“It wouldn’t be immediately,” he said from his room at the Heartland Hotel by Auckland Airport, where he’s been based for the past three weeks.

“Obviously it would take a few days, maybe three of four days. For example…if the announcement was different this afternoon then we would be expecting to be home by the weekend, so we anticipate that the same will happen if it changes next week.”

Graham is one of nine athletes and officials that left Rarotonga two months ago to attend the Toko Olympics.

After spending two weeks in an MIQ facility in Christchurch they emerged to find New Zealand in lockdown and have been waiting patiently for the green light to return home.

“I wish we could be back this week but it is what it is and, personally, I totally understand and I’m hoping the rest of the (362) lot of us stranded here do realise that our government is doing all that they can do,” Graham said.

“But first and foremost and the priority for us is to ensure without a doubt that the Delta variant does not enter the Cook Islands.”

A lot of Cook Islands citizens got caught out by the lockdown in New Zealand, Graham said, including those visiting family and making use of the now paused travel bubble between the two countries.

The Kūki ‘Āirani community in New Zealand has rallied to help their stranded compatriots, with the High Commission in Wellington setting up a database for stranded travellers, while basic supplies have been delivered to those in the community who are struggling.

“They send us emails, I’ve had a few phone calls and I know that through the CIDANZ (the Cook Islands Development Agency in New Zealand), a Cook Islands community group, and other non Cook Islands groups they have been offering those of us who are stranded food parcels, like they offer the rest of New Zealand who are finding it a little bit hard during this lockdown period, so I want to acknowledge and thank them on behalf of those of us who are stranded,” Hugh Graham said.