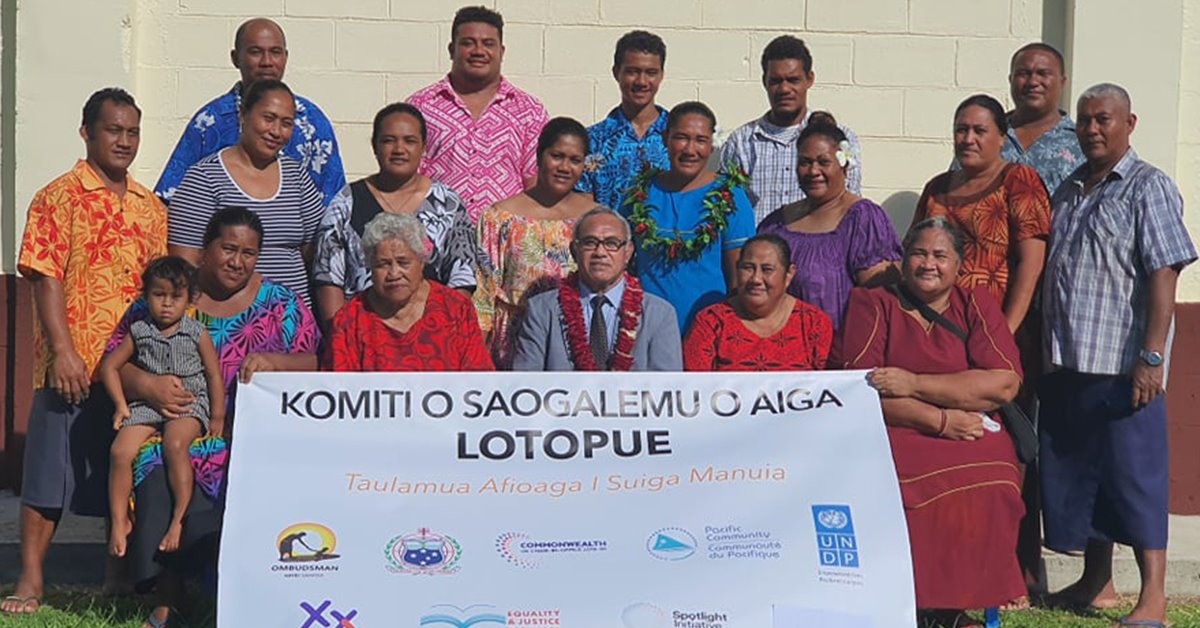 Source: Office of the Ombudsman, Samoa

The National Human Rights Institute (NHRI) in Samoa housed under the Office of the Ombudsman this week resumed its work to establish Family Safety Committees in six pilot villages as an initiative to address the issue of violence within families in Samoa.

The 2018 National Inquiry into Family Violence (NIFV) conducted by the Institute confirmed increasing trends in the prevalence of family violence in Samoa, with 86% of women surveyed declaring that they had been punched, kicked, slapped or assaulted with an object by a spouse or other family member, while 87% reported to have been subjected to emotional and verbal abuse as well as threats of violence.

Prior to the COVID-19 State of Emergency, the NHRI team had begun rollout of workshops in Savaii aimed at strengthening capacity of established Village Family Safety Committees for the villages of Taga and Asau. With the opening of State of Emergency Orders, members from the Family Safety Committee of Lotopue village in the East Coast of Upolu came together at the EFKS Hall in Mutiatele to begin their three-day workshop exercise.

“The question was then raised, why not a Family Safety Committee that is primarily focused on driving family safety initiatives and messages that addresses the issue of violence within families? This is an initiative that was raised by those who live within our villages.”

Louikinikini said ending violence requires a whole-of-nation collective approach, including village members who know their villages better and would understand in-depth situations within their own families. They play a crucial role in preventing family violence.

“Village members often know which families need help and which services they may require; they can often identify the common primary drivers of violence within their villages, and that places them in a better position to identify targeted programs for their village.”

“Village members are often more influential in changing behaviour and deeply rooted mindsets that can help address violence and abuse within families, villages and all of Samoa.”

The Office of the Ombudsman, through the NHRI team, will assist the Village Family Safety Committee of Lotopue to establish their strategic objectives, and develop their annual work plan to pilot setting up its Family Safety Committee. The Committee will establish a governance structure and prioritise their activities for the next 12 months. After Lotopue, the NHRI team will assist the remaining committees of Vaiee, Mulifanua and Salei’a.

The village family safety committee pilot project is made possible with support of various key partners including the Pacific Commonwealth Equality Project funded by the UK Government implemented by the Pacific Community Regional Rights Resource Team (RRRT), UNDP under the Spotlight Initiative and Sisters of the Change.