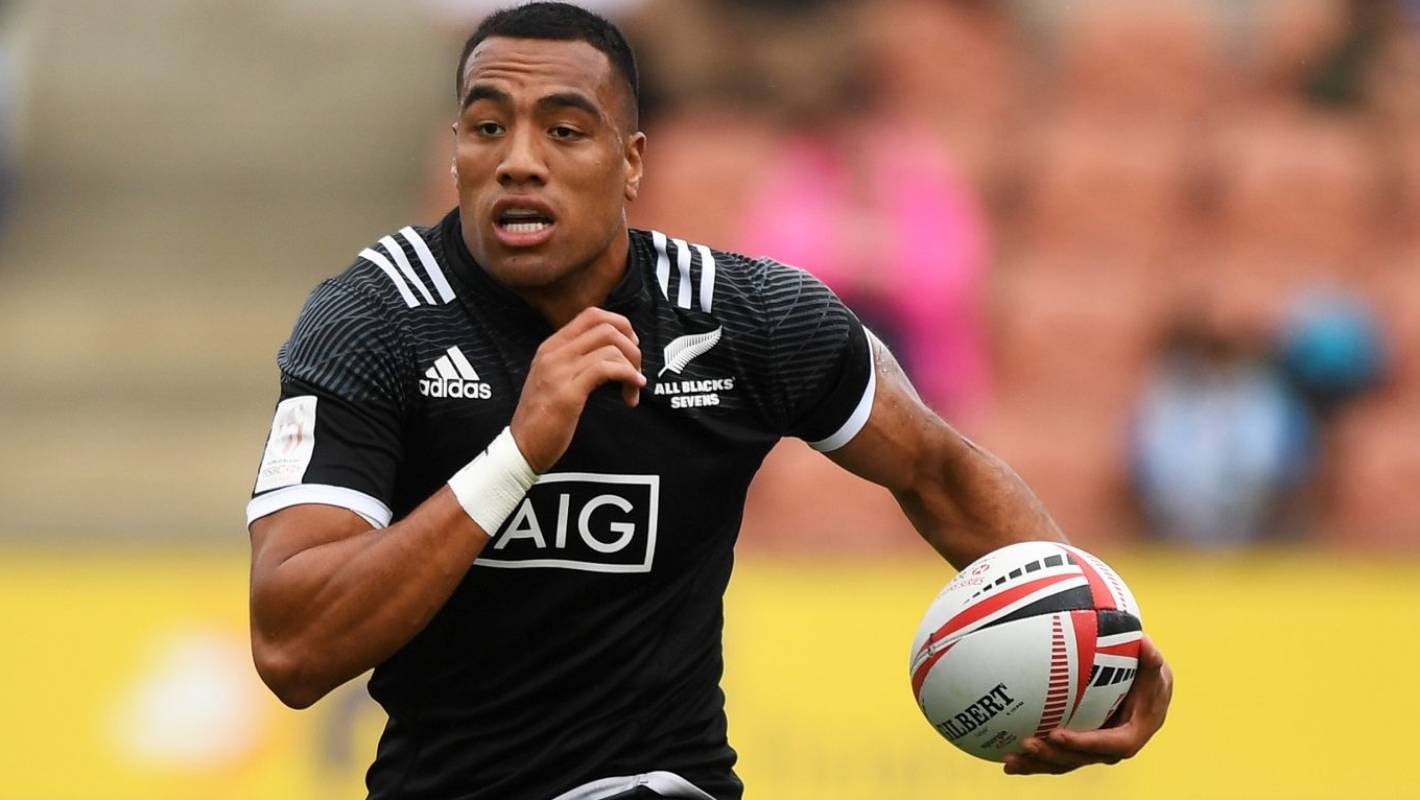 News & TalanoaSports
By TP+
All Blacks Sevens star Sione Molia has been awarded the Supreme Award at the 2019 Ōtara Sports Awards.
Molia was named Sportsman of the Year before winning the Supreme Award. He was an integral member of the All Black Sevens side that finished third in the World Rugby Men’s Sevens Series 2018/19. The team won the Dubai and Sydney tournaments and Molia finished the 10-leg series with 22 tries, 95 tackles and 21-line breaks.

“I’m truly blessed and honoured to be receiving the supreme award. When I got the news, I got a bit teary and was speechless, but I was very happy at the same time,” he said.

“I want to say thank you to my family and friends as well as my partner for all the work that they’ve done to help me, without their support I wouldn’t be where I am today.”

Molia, a Tongan, was raised in Ōtara and played junior rugby for East Tamaki Rugby Football Club under the tutelage of Eric Rush, New Zealand Sevens legend and member of the inaugural 2017 class of the Ōtara Sports Hall of Fame.

“A special mention to Eric Rush for helping not only myself but other Ōtara kids who are doing it big and representing our hood, you’ve truly inspired us to be where we are today,” said Molia.

The 29-year-old’s family continue to reside in the area including his younger sister Ilisapeti Molia, a Tangaroa College Year 13 student and Counties Manukau Heat rugby player who was named Junior Sportswoman of the Year at the awards.

The Ōtara Sports Awards celebrates and honours the sporting achievements of local sports people including athletes, coaches and administrators who excel at a regional, national or international level. The Ōtara-Papatoetoe Local Board were the principal supporters of the event together with Otara Health Charitable Trust.

Two sporting icons were also honoured with lifetime achievement awards. New Zealand Rugby League great Dean Bell, and Manu Samoa legend the late Papali’itele Peter Fatialofa were both inducted into the Hall of Fame in recognition of their contribution to Ōtara and sports in Aotearoa, New Zealand.

“What motivated me as a boy from Ōtara was that I wanted to see how far I could go with the ability that I had,” said Dean Bell.

“With a bit of hard work, in 1988 my dream to play in front of 100,000 people in a Challenge Cup final became a reality. This skinny white kid from Ōtara was standing in the tunnel at Wembley. After winning the game, I lifted the Challenge Cup and the first thing I remember was the love and support of my family.”

Tafito Lafaele of the Auckland Storm won the Sportswoman of the Year Award. The former Botany College student was a member of the Papatoetoe Rugby Women’s Scarlets Premier team this season, her first year playing rugby. She debuted for the Storm in the 2019 Farah Palmer Cup, making her first-class bow off the bench against Canterbury at Eden Park.

The Uniquely Abled Award was won by Mi’i Pepe, a star of the Auckland Wheelbreakers and Waka Ama. He was the Wheelbreakers highest point scorer this season and won the club’s Sportsmanship Award for the fifth consecutive year. The team finished first in Auckland competition and placed second in the national tournament. On the water, he won gold in the 200-metre individual sprint and silver in the 500-metre team sprint at the 2019 National Waka Ama Championship. He was also part of the New Zealand Para Waka Ama Team that qualified for the 2020 Tokyo Paralympics after placing second at the IVF Va’a World Distance Championships in Australia.
Emily Scanlan of the AMMI Athletics Club was named Masters Athlete of the Year for the second consecutive year. In the W35 Division at the 2019 New Zealand Masters Track & Field Championships, she won gold in Javelin, Weight Throw, Shot Put, and Discus as well as silver in Hammer and Throws Pentathlon. She also won gold in Shot Put and set new record for Masters Indoor Shotput at the 2019 New Zealand Masters Athletics Indoor Championship.
To round out the competitive awards, Terry Morrison was named Coach of the Year, Alfred Nonu was named Junior Sportsman of the Year for the second consecutive year and Ilisapeti Molia was recognised as the Junior Sportswoman of the Year.