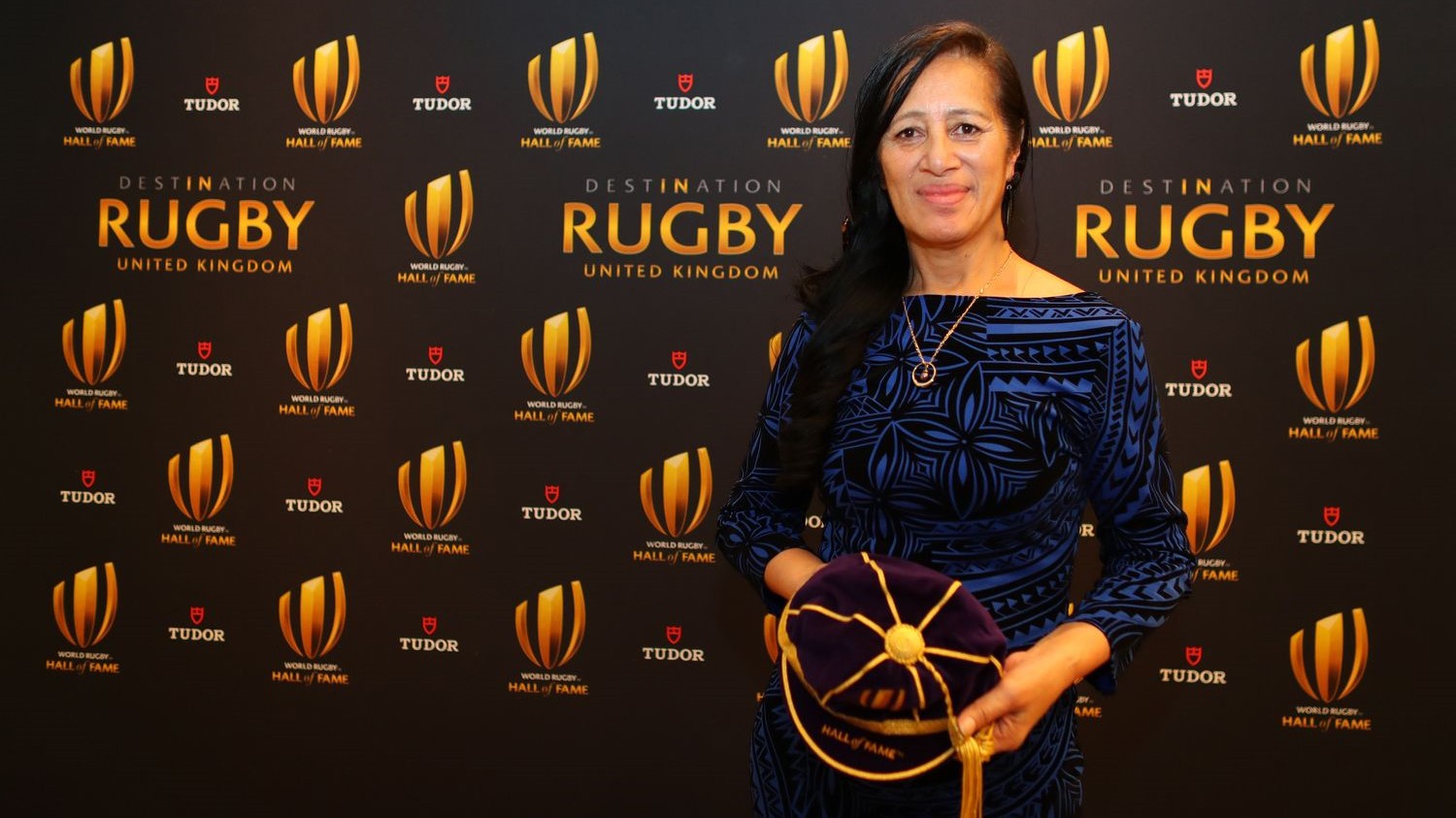 Samoan rugby legend Papali’itele Peter Fatialofa was posthumously inducted into the World Rugby Hall of Fame at the World Rugby Awards in Tokyo, Japan, on Sunday. Papali’itele, who captained Samoa into the quarter-finals in their Rugby World Cup debut in 1991, was among six legends recognised for their “outstanding contribution to the game of rugby throughout their careers, while also demonstrating rugby’s character-building values of integrity, passion, solidarity, discipline and respect”.

Papali’itele’s wife, Anne Fatialofa, accepted the award on behalf of her late husband, affectionately known in the community as ‘Fats’.

Ms Fatialofa was emotional when asked what the award would mean to Papali’itele, to her and the people of Samoa. “For everybody, including Samoa and my kids, it’s an honour and it’s such a privilege, and it would have been really nice if he was here to accept it. So on behalf of Kerrs Road and everybody else, I would like to say thank you World Cup Rugby for this inducting. It means so much to us.”

“He loved people, especially the people in Samoa. I guess that’s why he did what he did,” Ms Fatialofa told World Rugby following the ceremony.

Papali’itele passed away six years ago in Apia, aged just 54. “Passing away over there was special in the way that he was there for the people. He was all about the Samoan people.”

Peter Fatialofa’s wife Anne remembers her husband and speaks about how honoured the family is after he was inducted into the World Rugby Hall of Fame as #146#WorldRugbyHOF pic.twitter.com/FZHP5Y2JRH

Papali’itele captained Samoa when they achieved a breakthrough win against Wales on their Rugby World Cup debut in 1991, shocking their hosts and the rest of the world with a 16-13 victory in which he gave the final pass for Sila Vaifale’s match-winning try.

Under his inspirational leadership, Western Samoa, as they were then known, went on to reach the quarter-finals, and they did so again in South Africa four years later when he shared the captaincy with Pat Lam.

A fun-loving character who lived life to the full, Fatialofa was a hugely influential role model for Polynesian players throughout the Islands and in his birthplace of Auckland, New Zealand. He was a cornerstone of the Auckland pack that held the Ranfurly Shield from 1985-93 and a stalwart of the Ponsonby club.

After retiring with 34 caps to his name, the gentle giant worked as a director of his family-owned piano and furniture moving business, and was coaching the Samoan women’s rugby team before he passed away in 2013.

World Rugby Chairman and Hall of Fame inductee Sir Bill Beaumont said the awards celebrated the outstanding careers of the six new inductees, thanking them “for their immense footprint on our game”.

“Our beloved game of rugby would not be what it is today without the contributions of remarkable trailblazers, men and women, who form the World Rugby Hall of Fame. They are players and coaches, true legends of the game that have embodied our values and will continue to inspire generations to come.”