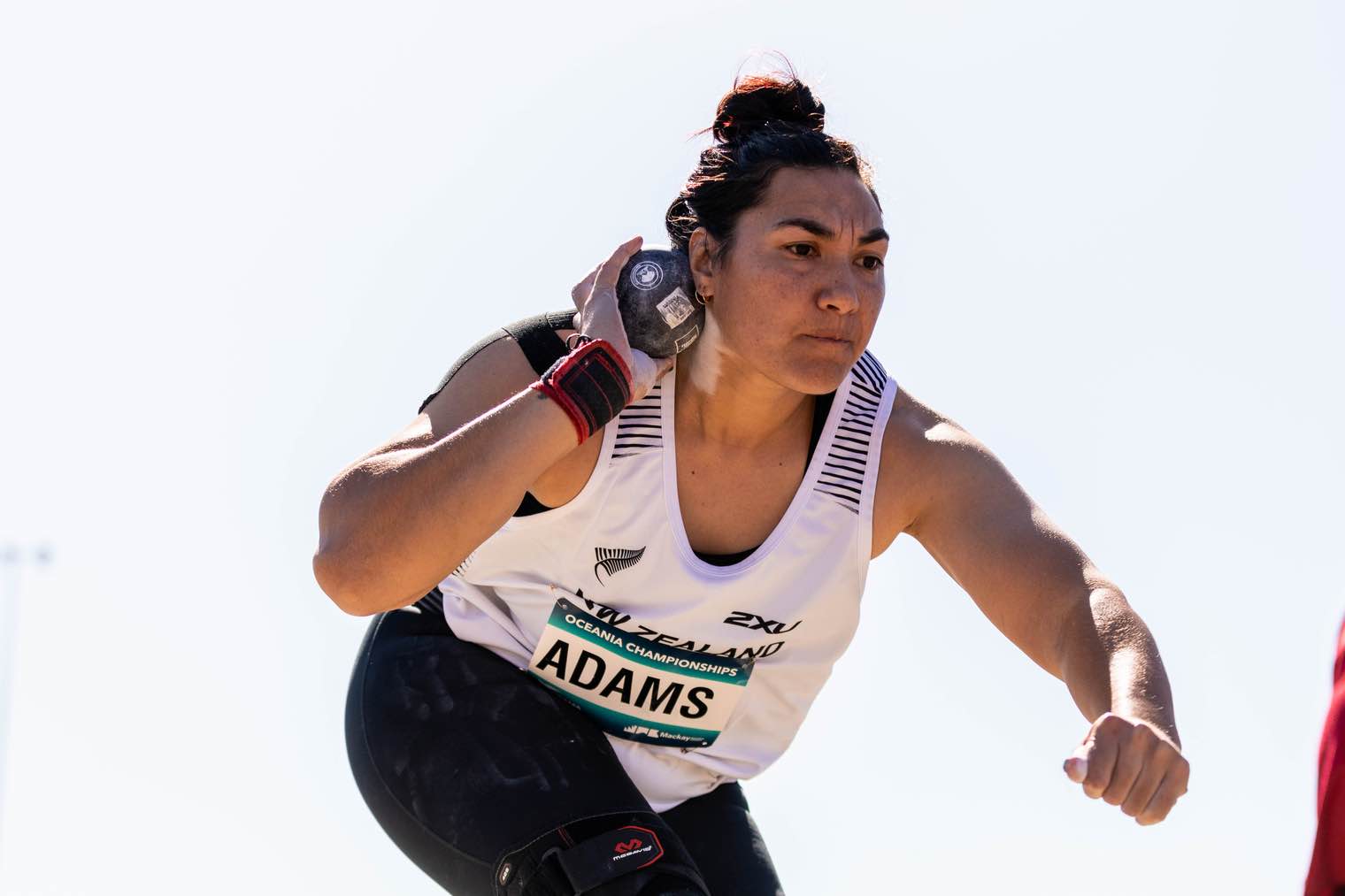 “This is my second Oceania title and it’s always nice to get a dub,” Lisa says.

“I feel like athletes are never happy with their results because we’re always wanting more and always hungry to improve, but it’s a good step in the right direction. There’s more progress to be made.”

Although her throw this year was just shy of her Tokyo record, Lisa is still happy with her results and continues to work hard on the minor details to enhance her performance.

“It only bothered me that I threw the way that I did because I wanted to do more, but it’s a good reflection of the change that had happened in the last six months,” she says.

“It’s just a step in the right direction in moving forward, we know what we need to change and stuff like that to continue further and build a consistency to throw further distances.” 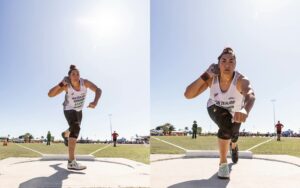 Trained by her older sister and Olympic Champion shot putter, Dame Valerie Adams, Lisa is aware of the pressure to perform well but says she doesn’t let it affect her.

“I sit with it and acknowledge it, but I don’t put everything on that like ‘oh man I really need to do this to please these people’. No! It’s an individual sport so I don’t take notice of it,” Lisa shares.

“I have my own wants and how I want to perform and compete so yeah, I always compete like I’m competing against myself. I don’t dwell too much on the pressure from others.”

With just four years competing professionally in shot put, Lisa has proven herself time and again how skilful and remarkable she is.

“I got asked, would you try Para-athletics, and I was like, yeah, why not?” she recalls.

“I went [training] and I was like, ‘tell me if I’m doing sh*t because I can just go back to my old life. Don’t sugar coat anything’.

“So, I ended up at a competition after training an hour and a half and I broke the New Zealand record there, but I didn’t have a clue ay.”

After her first competition, Lisa was chosen to represent New Zealand at the 2019 World Para Athletics Championships where she broke her record three times and came home with a win. In the Tokyo 2020 Paralympic Games, Lisa broke the Paralympic record four times, and set a record of 15.12m in just round two.

When asked what she enjoys most about the sport, Lisa says it’s the complexity of it.

“It’s so challenging and technically so precise. You’re constantly growing and learning and just knowing every little thing, if you do it right it’s going to enhance your performance,” she shares.

“I find it technically difficult because the throws – it takes two seconds to do the throw, so trying to nail that and not bots it, it’s hard but it’s real mean when you do get it right.” 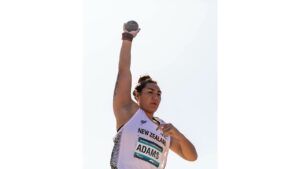 As Lisa settles down back at home, she looks forward to the next World Champs in Paris in 2023. Lisa also hopes to see more Pacific Island Para-athletes taking up opportunities in the sport and to give new things a go.

“You don’t know until you give it a try. I would encourage anyone, especially our Pacific Island Para-athletes to try new stuff. I would have never thought I’d be sitting here and talking to [Tagata Pasifika] about my wins because you know, I’ve only been doing this for four years,” Lisa says.

“I also want to encourage others to just be accepting and open to speaking about your disability. I know it can be tapu in some cultures, and it’s not really talked about in the Pacific Culture but it’ll be cool to see more than two Pacific Island Para-athletes representing our people.”

A year to remember for Moana Pasifika