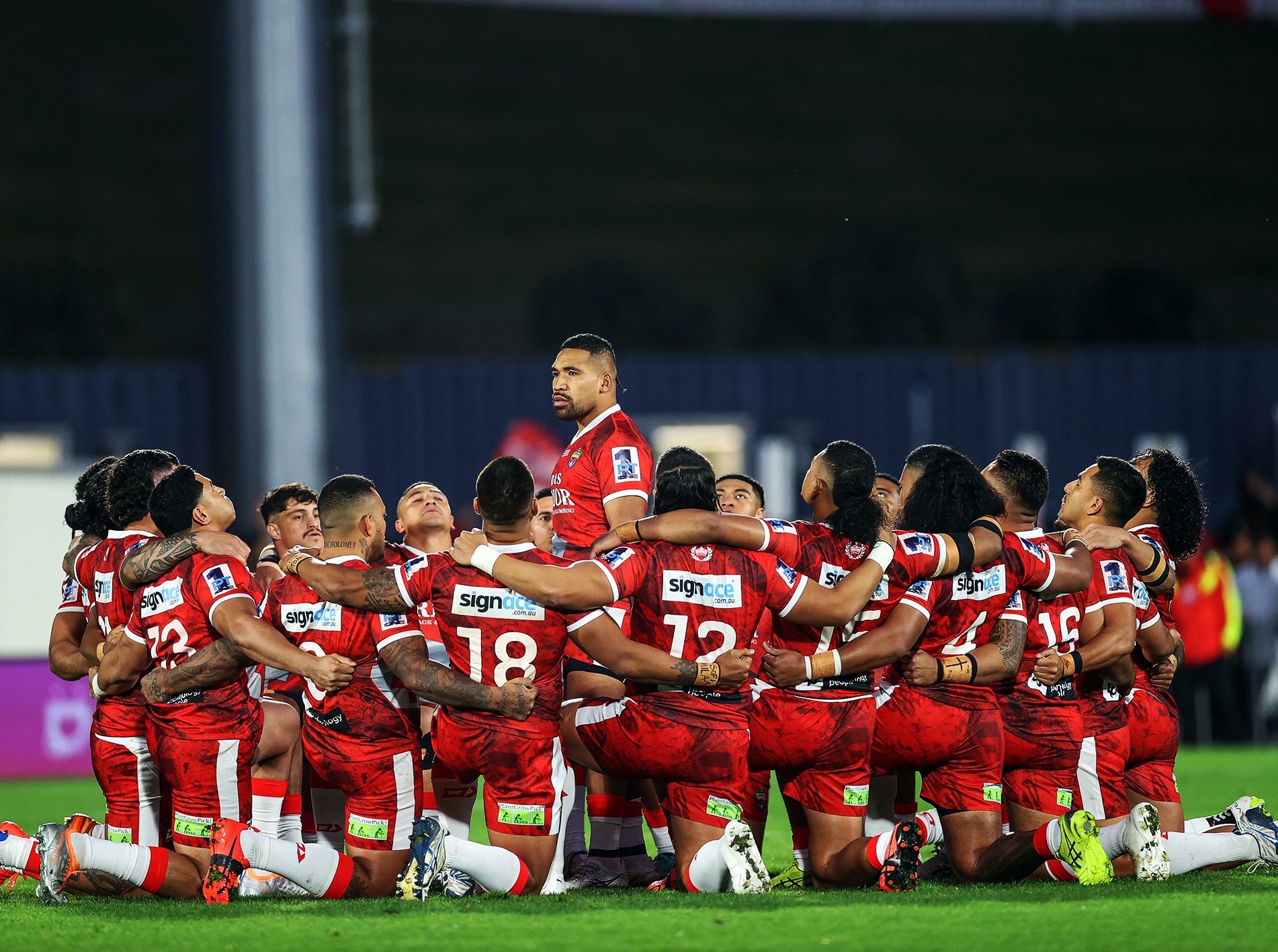 After taking a break due to Covid-19 and its disruptions the past three years, international rugby league finally made a comeback on the weekend.

On Saturday, Mate Ma’a Tonga took on the Kiwis in a double header at Mt Smart Stadium, Auckland. While across the ditch in Sydney, Toa Samoa played the Cook Islands while Fiji Bati took on the Papua New Guinea (PNG) Kumuls.

Even though it was a home game for the Kiwis, Mt Smart Stadium was a sea of red flags with Mate Ma’a Tonga fans once again showing their dedication to their team. The stadium, in full voice with fans singing and dancing all night long.

The women’s teams kicked off the first match with the experienced Kiwi Ferns dominating a young and inexperienced Tonga women’s squad. The girls in black put on a masterclass to notch up a 50-12 victory over their Tongan opponents.

The Kiwi Ferns ran in 11 tries with Madison Bartlett and Katelyn Vaha’akolo standouts for the team, each grabbing two tries. The two wingers both showed great finishing skills as a result of perfect set plays from the whole team. Tonga managed to cross the try line twice through China Polata and Haylee Hifo, with both tries converted by Hifo.

The second match between the Kiwis and Mate Ma’a Tonga had all the makings of an epic showdown. The challenge was laid down right from the start as both teams performed their respective ‘haka’ with passion as the stadium echoed in songs and chants.

However, the Kiwis were determined to start well, opening the try-scoring through Jarome Hughes and Jordan Rapana, both crossing the try line early on. Sione Katoa of the Cronulla Sharks responded for Tonga as he crossed over on his wing giving the Tongan fans hope.

The heavens opened up soon after, as it began to rain heavily through the back end of the first half. The Kiwis slotted a penalty to extend their lead after some ill discipline from the Tongans before debutant winger Ronaldo Mulitalo scored before halftime giving the Kiwis a 20 – 6 lead.

The second half did not see much try scoring action, as both teams struggled to hold onto the ball due to the slippery conditions. Tonga survived a few try-scoring scares with some desperate, scramble defence but hard running Kiwi forward Isaiah Papalii scored the only try of the second half to put the nail on the Mate Ma’a coffin. Final score 26 – 6 to the Kiwis.

Kiwis fullback Joseph Manu had an immense impact on the game as he racked up almost 400 run-metres. Manu was also instrumental in covering the Kiwis tryline, solidifying his name in the fullback jersey for the Kiwis.

Regardless of the outcome, the display shown by both teams showed glimpses of what we can expect at the Rugby League World Cup later this year.

Across the Tasman in Campbelltown, Australia, Toa Samoa proved too strong for the Cook Island team, as they confidently won 42-12. Samoa’s half Anthony Milford turned back time as he put on a masterclass performance, silking his way through the Cook Islands defence.

Penrith Panthers duo Izack Tago and Taylan May also continued their strong season form  as they glided through the left wing defence countless times. The Cook Islands forward pack showed some steel late in the first half but were far too inexperienced across the park. The second half started slow for Toa Samoa, as Davy Moale crossed over for Cook Islands first try of the match, a reward for their hard efforts.

All the excitement was short-lived as David Nofoaluma collected the third of his four tries for the night, extending Samoa’s lead even further. Forward Josh Schuster stole the show with his quality ball playing skills and a deft kick to put Nofoaluma over for number four. Overall, the experienced Samoan lineup was far too good for the young Cook Islands team.

Closing out the night at Campbelltown was an epic battle between the Kumuls and Fiji Bati. PNG came into the match as underdogs, but promised to not leave the field without a good fight as both teams fielded a number of NRL stars across their rosters.

The first half blazed by quickly with Fiji Bati scoring first before the Kumuls responded with two tries to lead 12-6 at halftime. Fijis Bati fullback Sunia Turuva closed the gap in the second half with a neatly taken try before Kumuls half Lachlan Lam put PNG veteran David Mead over for a try under the post. With six minutes to go Lam, who’d already scored in the first half and was one of the Kumuls’ best on the night, collected an angled grubber kick to score, pushing the scoreboard out a 24 – 10.

Only a consolation try on full-time to the busy Turuva closed the gap for Fiji Bati, in a match they were largely predicted to win. Final score 24 – 14 to the Kumuls.