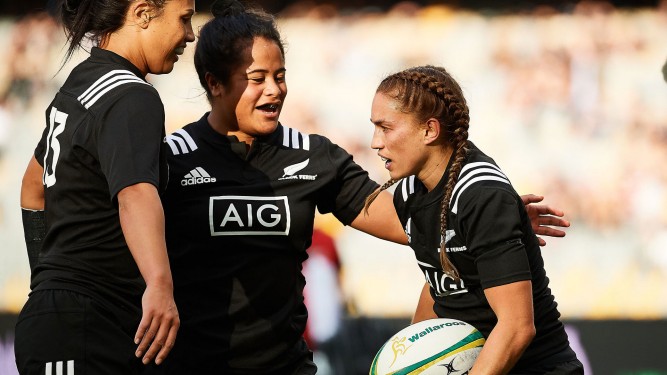 Black Ferns Head Coach Glenn Moore and his selectors have named the two teams for the Possibles v Probables match which kicks off the Black Ferns domestic season.

The match will be played at North Harbour Stadium on the North Shore on 7 November with a family-friendly 2.05pm afternoon kick off, and all 52 players will be vying for a place in the Black Ferns squad.

The Probables will raise money for New Zealand Rugby’s (NZR) official charity, Graeme Dingle Foundation, and the Possibles for the UpsideDowns Education Trust.

NZR official partner AIG will donate $500 for every try scored during the match, and $200 for every successful conversion and penalty.

Fans who can’t make it to North Harbour Stadium can watch the broadcast live on SKY SPORT.

The teams are as follows:


Black Ferns Head Coach Glenn Moore said the two sides were a mix of youth and experience and was expecting an exciting contest.

“We’ve balanced experienced with new and up-and-coming players who have the potential to become names of the future. We are confident we have the right mix,” Moore said.

“The adversity the players have faced this year has inspired them and that’s been reflected by their performances. The result has been some of the best Farah Palmer Cup action the provincial coaches and I have seen. Knowing these trial squads would be named, and with Rugby World Cup next year, there has been huge motivation for everyone.

“The challenge for the players now is to come together quickly in their respective squads, work as a team, and prepare for a tough match-up. The potential of being named in a Black Ferns squad in a couple of weeks will ramp the pressure up further. They will also be playing for, and representing, two charities.  It’s going to be a great couple of weeks.”