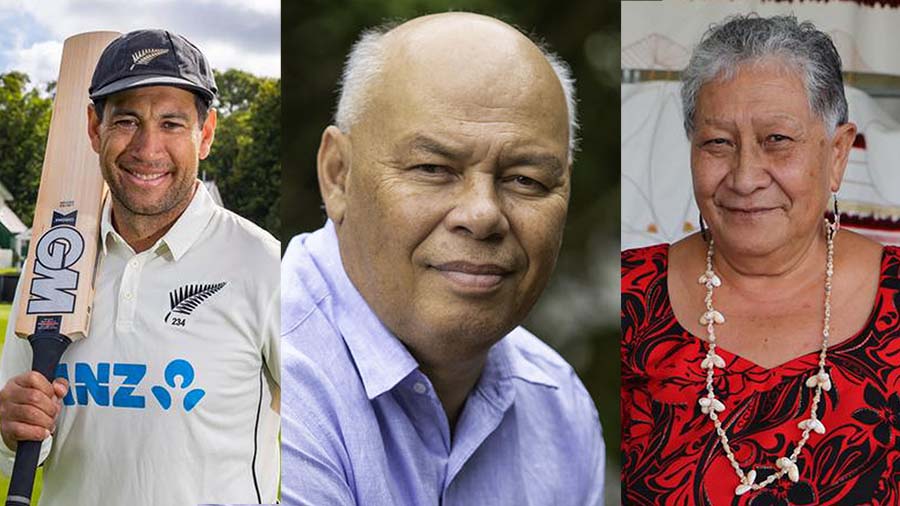 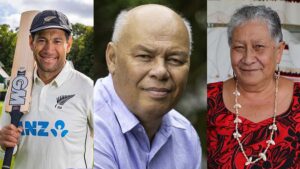 Pacific People have been named amongst the 187 New Zealanders recognised for their service to Aotearoa in this year’s Queen’s Birthday and Platinum Jubilee Honours List.

Leading the recipients is Dr. Collin Fonotau Tukuitonga who receives the Knights Companion of the New Zealand Order of Merit (KNZM) for his services to the Pacific and Public Health.

Dr. Collin is recognised for his significant contribution to the health and welfare of Pacific people, not only in Aotearoa but on the international and Pacific regional stage.

He is the inaugural Associate Dean (Pacific) of the Faculty of Medical and Health Sciences at the University of Auckland.

Between 2014 and 2020, he was the Director-General of the Secretariat of the Pacific Community, a regional intergovernmental organisation based in Noumea that works with several parties in the Pacific region.

He was also Chief Executive of the Ministry of Pacific Island Affairs between 2007-2014 and  a founder of the first Pacific community-owned health clinic – The Fono.

From 2003 to 2006 he worked for the World Health Organisation in Geneva, developing international policies for the control of non-communicable diseases such as heart disease and diabetes.

He was the New Zealand Director of Public Health between 2001 and 2003, leading the national response to the threat of SARS.

Dr. Collin has been a key contributor to the national COVID-19 response, especially in relation to Pacific communities regarding information dissemination and ensuring high vaccination rates.

Former Black Caps cricketer, Luteru Ross Poutoa Lote Taylor has been made a Companion of the New Zealand Order of Merit. (CNZM)

Mr Taylor played cricket professionally since his debut for Central Districts in 2002/2003 until retiring from international cricket earlier this year.

For services to Opera, Mr. Fa’afetai Jonathan Lemalu becomes an Officer of the New Zealand Order of Merit (ONZM)

Based in the UK, Mr Lemalu, a Grammy award-winning operatic bass, graduated from London’s Royal College of Music with distinction and the college’s top award, the Tagore Gold Medal, presented by Prince Charles.

He represented New Zealand at the 2000 Llangollen International Singer of the World competition in Wales, winning first place from 30 other nations.

Mr Lemalu performed national anthems at the 2011 Rugby World Cup for New Zealand and Samoa and the Māori All Blacks versus Manu Samoa test match in 2021.

Mrs Melegalenuu Ah Sam becomes a Member of the New Zealand Order of Merit (MNZM) for her services to Pacific language education.

Mrs Ah Sam has held several roles with Mangere College in Auckland since 1990, currently as Deputy Principal from 2017.

In the mid-1990s, she established Samoan language teaching at the college, later driving the addition of Cook Islands Māori and Lea Faka-Tonga.

She led the establishment of the Languages ‘L Block’ at the college in 2012, as a hub for Māori and Pacific learning in language and culture.

Also made a Member of the New Zealand Order of Merit for services to nursing and the Pacific community from Invercargill is Mrs Sandra Joy Sandy Borland.

Mrs Borland has served the Pacific community in Southland through health for more than 30 Years.

She is heavily involved in the PACIFICA Invercargill organisation, holding several roles including as President between 2010 and 2011

Through PACIFICA, she led a drive to support Samoa through the measles outbreak in 2019, communicating with nurses in Samoa to gather baby products, baby baths, Vaseline, disposable items and liaising with a local freight company for delivery.

She is also the recipient of Kiwibank, Local Hero Award, 2019 Nursing Excellence Award, 2010.

Dr. Linita Manu’atu gets the nod for services to Pacific education and the Tongan community.

Dr Manu’atu has been involved with Pacific educational research since the 1980s across an academic career with Auckland universities, and her current executive leadership role at ‘Api Fakakoloa Homebased Educational Services (‘AFES).

She runs ongoing professional development for educators through ‘AFES and  has published in the areas of indigenous and migrant education, and language, culture and education.

Mr Bill Rangi Urale aka King Kapisi also received the Member of the New Zealand Order of Merit for his contribution to Music and community.

The award-winning hip-hop artist has promoted Pacific culture, language and heritage through his music.

He released his debut album ‘Savage Thoughts’ in 2000, with follow up albums in 2003 and 2005. He was the first New Zealand hip-hop artist to receive the APRA Silver Scroll songwriting award in 1999.

Congratulations to this years Pacific recipients:

Knight Companion of the New Zealand Order of Merit: (KNZM)

Companion of the New Zealand Order of Merit: (CNZM)

Officer of the New Zealand Order of Merit: (ONZM)

Mrs Bridget Snedden, for services to people with learning disabilities

Member of the New Zealand Order of Merit: (MNZM)

Mr Siaosi (George) Fa’alogo for services to the New Zealand Police and the community: Wellington

Mrs Tolupene (Neta) Peau for services to the Tokelau community

Ms Kiriovea Jasmin McSweeney, for services to the film industry

Mr Bill Rangi Urale for services to Music and the community: Auckland

Other recipients recognised for their work with the Pacific community include Dr. Oliver Robert Webber, Officer of the New Zealand Order of Merit for services to the law, Maori and Pacific communities.

Sister Cynthia May Kearney for her services as a missionary in the Pacific region and the community and Sarah Clare Brown, wife of fellow recipient Mataio Brown for services to mental health and the prevention of family violence.

The New Zealand Royal Honours system provides a way for New Zealand Aotearoa to thank and congratulate people who have served their communities and to recognise their achievements.