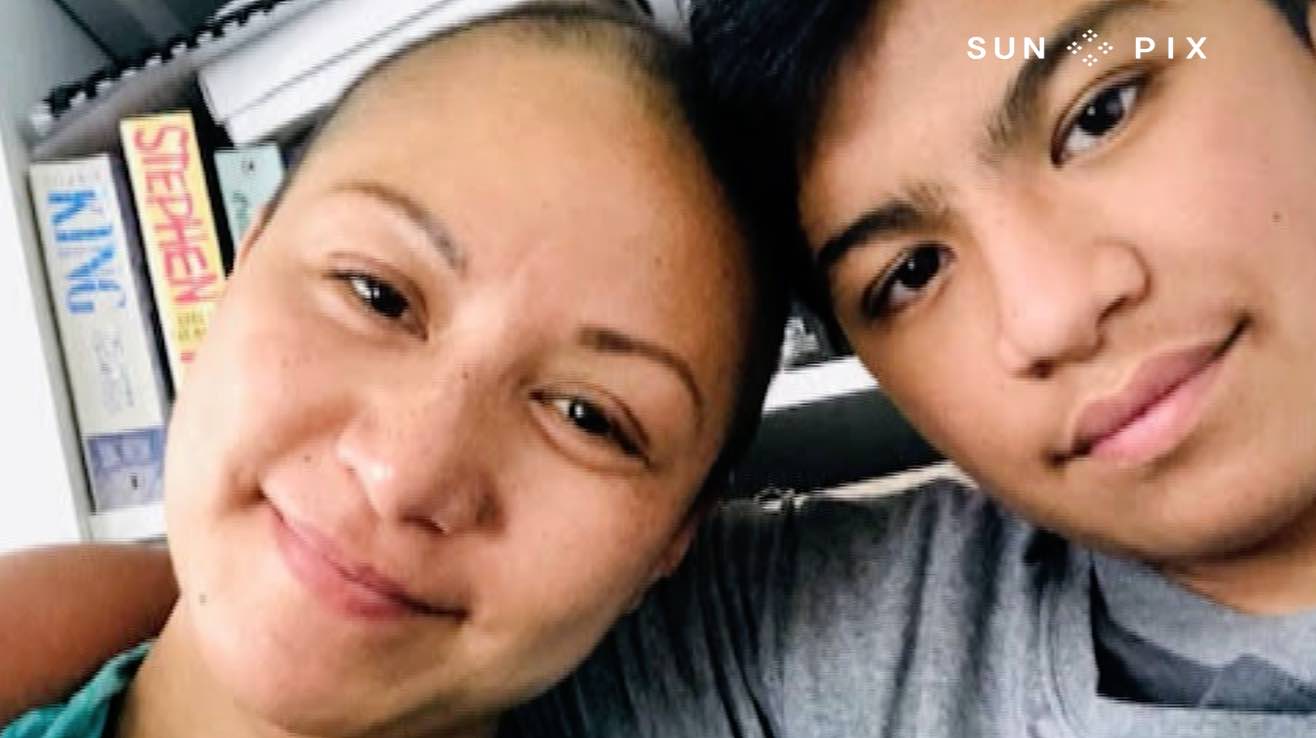 Forty-year-old Lautofā Miriam Fuimaona has a lot to be thankful for. The East Aucklander’s world was turned upside down 18 months ago after getting an unusual dimple in her left breast.

“It was actually by accident; I had come out of the shower and I saw a dimple that wasn’t there before,” Miriam says.

“I went for a mammogram and ultrasound. I was lying down during the ultrasound and the technician came in during the mammogram, and I thought, oh okay… maybe she’s coming in to check something.

“Then a doctor came in. She held my hand and then she goes, ‘I’m actually going to have to break this to you, you’ve got breast cancer.’

“This was only two days after my GP appointment,” Miriam says.

It came at a time in Miriam’s life when, as she recalls, she was at her fittest.

“I was thinking, ‘Here I am; I’ve just competed in a bodybuilding show; I’m running practically every second day if not every day.’ I just didn’t understand.

“So everything just kind of started rolling from there. Shell shocked is probably an understatement,” Miriam says.

The news came just as a state of National Emergency was declared in Aotearoa due to Covid-19. Miriam only had days to figure out what to do before the country went into lockdown.

She decided to take the cancer by the horns and got treatment privately. By mid-April she’d had a mastectomy on her left breast.

“I had the mastectomy probably about a month after lockdown,” she says.

“What they did was they had to take some nodes out just underneath my armpit, just to see whether or not it had spread.

“Unfortunately, it had actually spread to the nodes. So now chemo’s on the table,” Miriam says.

The next step was chemotherapy. Due to Covid restrictions in hospital, Miriam went through it all on her own.

“The first day I walked in to get chemo treatment I looked around at everyone; these are the patient’s receiving chemo.

“They’re all sitting there. They kind of gave me the pity look,” she says.

Holding down her job while going through chemo, her friends and family were there for her, but only from a safe distance.

“I was able to work from home. My boss was quite flexible with working from home and just doing what I can and just checking in,” She says.

“I have my family; I have my sisters and my Dad. I’ve got some really close friends who were practically banging on the door, doing drive-bys, yelling from afar, ‘Is everything ok? Do we need to bring stuff over?’” Miriam says.

“Work was really understanding to. That was another thing as well that probably made things a lot easier, just knowing I had their support.”

Once Covid restrictions eased, Miriam still had a way to go with breast reconstruction and losing hair.

“I did eventually shave it off after clumps of it fell out. I’d be sitting there watching TV and I’d run my hand through my hair and it would all come out in my hand. It’s that brutal. It doesn’t hurt, but it’s the emotional part of it,” Miriam says.

“I kind of had to look at the positives: ‘Oh ok, I don’t have to shave my legs!’” Miriam laughs.

“I’d tell my friends, they’d be in tears, we’d be on Zoom calls, and they’ll be like, ‘How can you joke about this?’ And I said, ‘I have to or I’ll just lose my mind to be honest and that’s the last thing I haven’t lost yet.’”

In those dark and unfamiliar times, Miriam turned to the professionals for help.

“Having it during Covid is really hard, because you do need that extra support, but at the same time there were organisations like the Breast Cancer Foundation NZ and Cancer Society NZ who reached out,” she says.

“You’ve got online Facebook groups that do help out as well, so a lot of them kept me sane, especially when there was a lot of content that family and friends couldn’t understand because they hadn’t walked the same journey,” Miriam says.

Miriam says she met others who were on the same journey but a bit further in their treatment — some of whom she became good friends with and some who passed on.

“Unfortunately, they have lost the fight to it, so that was really hard to take last year. There were two of them that didn’t make it,” she says.

Throughout it all, Miriam’s main worry was for her 15-year-old son, Nate, and how he would cope.

“I remember when I got diagnosed, he was trying to stay strong the whole time, but at the end once chemo was over, I just remember him asking, ‘Are you gonna die?’

With the worst over, fighting through the tears with big smiles, Miriam wants to encourage others to get checked.

“I just really hope that Pacific Island women and the community around them all take care of yourselves… because you’re busy taking care of everyone else,” she says.

“You need the self-care, you need to get checked. It’s not being paranoid; it’s looking out for yourself so that you can look out for everyone else.”

Even though she is on long-term medication, that is not going to hold this survivor back.

Miriam’s oncologist has told her that as far as they are concerned, she is cured.

“I do have family who are devil’s advocate and they’re like, ‘Oh, you’re still on meds for the next five years!’

“I’m still here for the next five years, so I don’t care!” Miriam says.

“Okay, I’m not going to sit here waiting for cancer again. No, if anything, I can get back to normal life and just get on with it.”