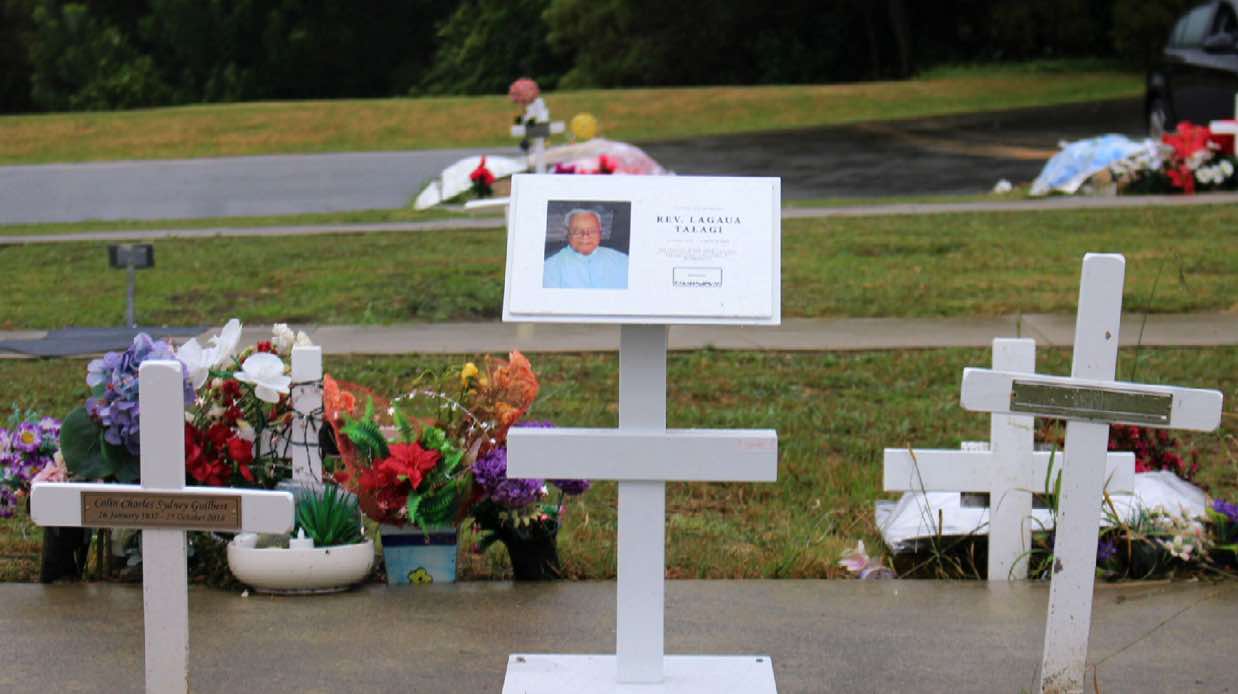 They’re known as LifeStone Limited, a new company offering a unique memorial experience for loved ones who’ve passed, which goes beyond just putting up a headstone.

A blessing to welcome a new beginning; with the opening of their store in the Māngere Town Centre, Dain and Susanna Guttenbeil are carving their way into the memorial realm.

LifeStone Limited offers the community a range of options both traditional and new age.

“Our stones are all designed by Māori and Pacific artists and architects. So we’ve really got a focus of returning art to our memorials, to our cemeteries,” says Founder Dain Guttenbeil.

“It took us four years to get our stone to a position to where it is, and it’s a composite to make it harder. So our natural stones that we have, the black marbles and the Oamaru stones, have always been kind of said they’re too soft to be permitted to a lot of our cemeteries.”

But it’s not just about the stones; they’ve brought these memorials out of the Stone Age and into the future. The stones come with an extra option; their own ‘LifeStone code’ which can scanned for multi-media information about the person who’s passed.

“You have control over whether it’s public or private. At the moment you can upload as much information as you like. You don’t actually have a limit on the app; the app is free to download. We encourage people to have a look, have a play and see if it’s for you,” explains Founder Susanna Guttenbeil.

The Guttenbeils were spurred on in their endeavours when sadly, Susanna’s father died in 2016, followed by the passing of their stillborn baby daughter, Nova, then Dain’s older brother Jason, who died of cancer in 2018.

The emptiness the couple felt back then was overwhelming.

Fighting back the tears, Susanna explains: “There were a couple of things we were thinking about when we started this process, and one of them was how empty my father’s grave site was, and those first few weeks and months… Just going to an empty gravesite was really hard, so we kind of thought, ‘How about we try and create something that’s temporary while you’re waiting for a headstone.’”

“Being able to do something creative through grief is a part of healing, and I think we’re still on that journey,” says Dain.

However, it’s been a tough journey to get to where they are now. The Guttenbeils found early on the memorial business is small and can be unwelcoming.

“Some of the things that struck us quite early was that a lot of the people in the industry said to us that it wasn’t possible to create something locally. 98% of headstones are imported from India and China and as far away as Norway. We know the environmental impacts that has on our land and our planet, and so it makes absolute sense to us that we use our own land resources to create something so that when our love ones do pass away, we’ve got everything we need right here to honour them respectfully,” says Susanna.

Their set-up in Māngere includes a showroom and lounge for grieving families to help them feel comfortable when discussing their loved ones.

“We’re here to support whānau, the family; we’re here afi, we’re here to love. You’re not going to come into a LifeStone lounge and somebody tries to upsell,” says Dain.

For Susanna and Dain, they are proud to reach this milestone, but they both understand there’s a long way to go.

“I actually still have a full-time job, so I don’t work in LifeStone full time. Dain does work in the business as well as doing other contract work, so it definitely isn’t easy,” says Susanna.

Dain says: “I know how proud my parents are and Sana’s family are and the community are, that we are the ones who are having a crack, and I guess that’s the motivation of us just going through it all. So it’s five years to get to the starting line, but we’re there.”