HomeCommunitySemi-finalists for New Zealander of the Year Awards announced 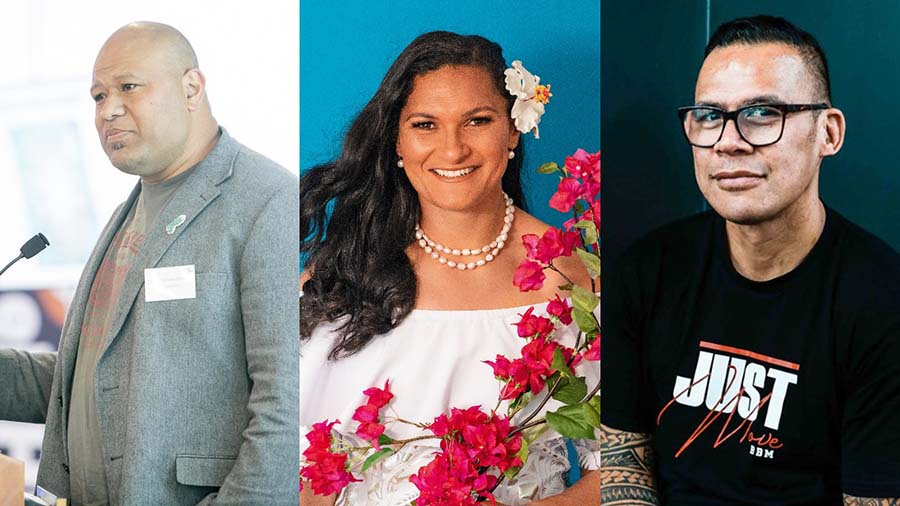 Semi-finalists for New Zealander of the Year Awards announced

The semi-finalists for the New Zealander of the Year Awards have been announced, and with it comes a crop of exciting Pasifika movers and shakers.

As no surprise, with a rewarding and inspirational athletics career, Dame Valerie Adams is a semi-finalist for New Zealander of the Year.

With 107 world event wins under her belt, Adams defied the odds to win her 4th medal at the Tokyo Olympics earlier this year. The mother of two also coached her sister Lisa Adams for the Tokyo Paralympics, where she won the Gold medal in the Women’s shot put F37.

As a former policeman, Inu Akerei Maresala-Thomson found information on refuges, suicide prevention programmes and mental health help wasn’t easily accessible for the people he encountered through his line of work.

Now as the creator and Chief Executive of MyRivr, Maresala-Thomson is able to answer all their questions and more. The MyRivr app connects people to a whole range of community services and information — all at their fingertips.

The app is also available via self-help kiosks in community libraries. With over 10,000 users in South Auckland alone, Maresala-Thomson says: “Lack of services is not the issue; it’s about visibility of services.”

He’s a semi-finalist for New Zealand Innovator of the Year.

His Buttabean Motivation (BBM) bootcamps draw hundreds in from around Auckland, and during the lockdown, he turned his facilities into a food bank with around 700 food parcels a week.

Dave ‘Brown Buttabean’ Letele has been at the forefront of health and wellbeing for the Pacific community, and his hard work has recently paid off with the announcement he has secured financial support from the Ministry of Health to improve health and wellbeing of families living in South Auckland.

Letele was announced as a semi-finalist for the NZ Local Hero of the Year award.

The Polynesian Panther Party are up for the NZ Community of the Year award. Founded in the ’70s, the social justice movement was a direct challenge to the racism and discrimination faced by Pacific communities at the time. They were also prominent campaigners against the Government-sanctioned dawn raids, an initiative to search and arrest men and women who overstayed their visas.

Earlier this year the Panthers worked together with the Ministry of Pacific Peoples to obtain an official apology from the government regarding the raids. The group have also travelled around Aotearoa, sharing their stories and history with the younger generation.

Other Pacific semi-finalists include Ngatuakana O-Rangi Wichman (Senior New Zealander of the Year). 89-year-old Wichman has run a food bank for 25 years, delivering parcels in her own car and sourcing clothing for those in need. She’s a regular volunteer at Habitat for Humanity, helping to build houses in Fiji and Nepal.

CEO of TROW group Saia Latu is up for New Zealand Innovator of the Year. 50% of construction materials and demolition waste end up in landfills. The leading deconstruction group in New Zealand, TROW finds innovative ways to repurpose these materials to help build schools, social housing, community centres and churches across New Zealand and the Pacific.

Josiah Tualamali’i has become a Pacific community staple since his teenage years. Co-founder of the Pacific Youth Leadership and Transformation Council (PYLAT), the council gives Pacific youth a pathway into democracy processes and leadership opportunities.

A previous recipient of the Prime Minister’s Pacific Youth Award and the Sunpix Emerging Leadership Award, he currently sits on the board of Le Va, promoting better mental health and suicide prevention for Pacific communities. Tualamali’i is a semi-finalist for Young New Zealander of the Year.

The semi-finalists will go through another round of judging by a selected panel, from which the finalists will be announced February 22, 2022.