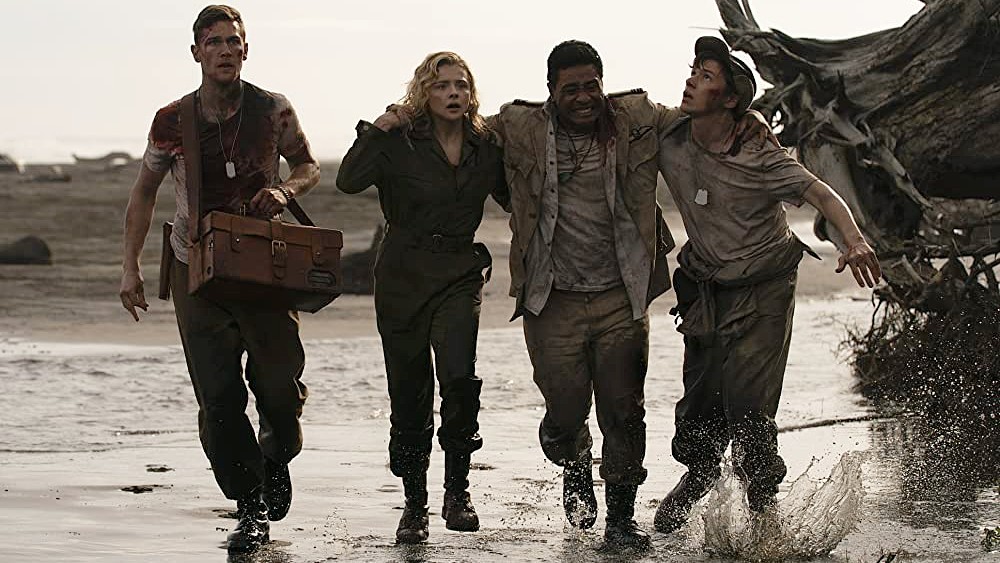 Action/horror flick Shadow in the Cloud hits Kiwi cinemas today, a welcome entry into a cinema lineup that has been woefully lacking in kick-butt, thrill-seeking movies of late. And while SITC is dotted with a few familiar Hollywood faces, it’s South Auckland actor Beulah Koale who we’ll be training our eyes on.

The Ōtara raised 28-year-old stars as Anton Williams, one seventh of a WWII B-17 bomber squad looking to deliver transponders to Samoa. Joined by the secretive Officer Maude Garrett (GraceMoretz), who carries a suspicious package and a major set of combat skills, the team must fight off something much more sinister than enemy pilots lurking in the skies.

SITC is an impressive addition to Koale’s bursting resumé. He played series regular Junior Reigns in the hit reboot Hawaii 5-0, and just last year the actor flew to Finland to commence production on the Riley Stearns directed Dual, a sci-fi thriller starring Karen Gillan, Aaron Paul and Jesse Eisenberg. Koale is also set to appear in the Taika Waititi feature Next Goal Wins, the story of the American Samoa team who suffered the worst loss in history at the 2001 FIFA World Cup.

Check out the trailer for Shadow in the Cloud below.