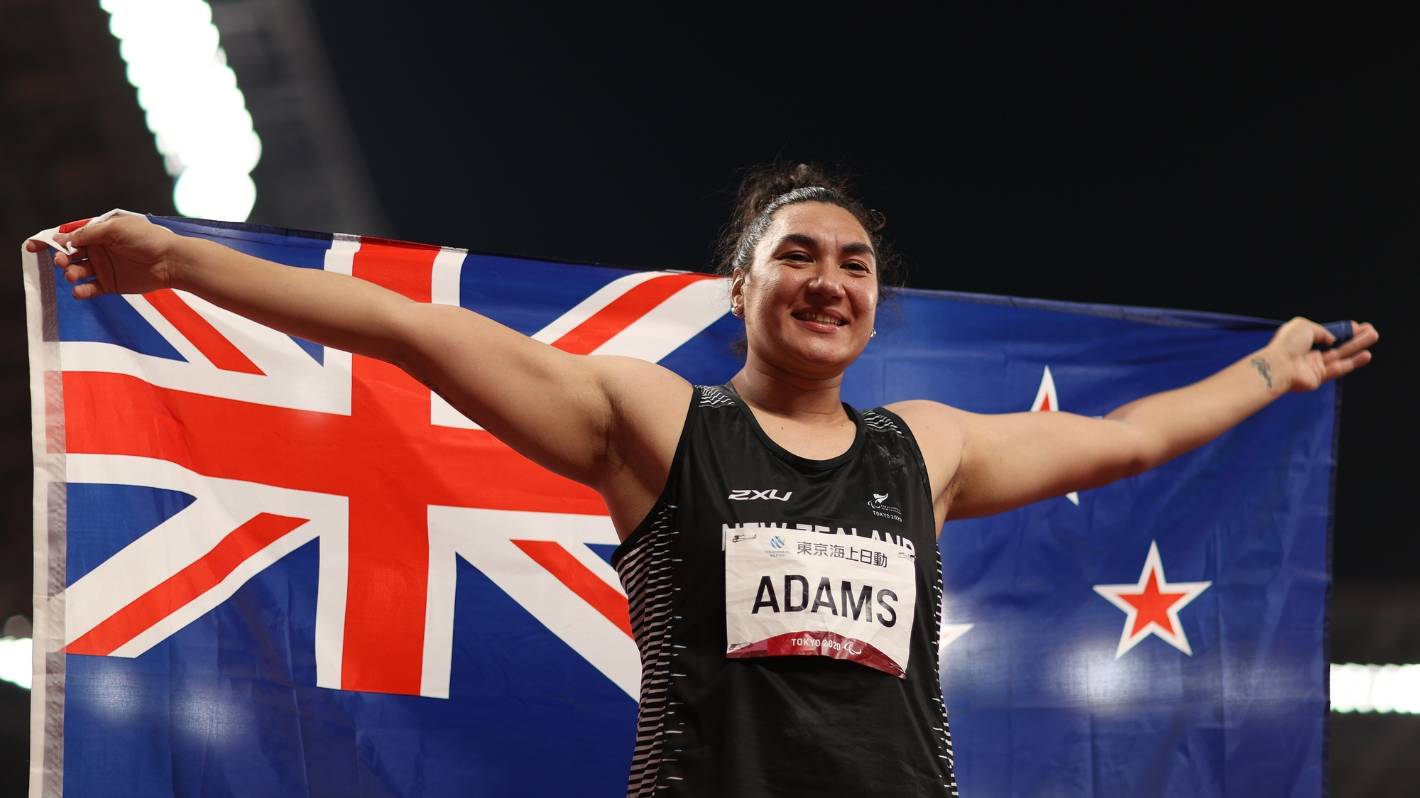 Adams’ incredible Paralympic debut not only secured her the top place at the podium, but her throw also broke the Paralympic record with a whopping throw of 15.12m.

“In terms of ‘I’m a Paralympic competitor’, it still hasn’t actually sunk in.”

“We set this goal and we were lucky enough to achieve it, so that’s cool. And I get to take a medal home, which is nice.”

Despite only picking up the shot put in 2018, Adams’ athletics career has taken her to great heights.

She secured a world title at the 2019 World Para Athletics Championships in Dubai, throwing 14.70m. Last year, she broke her own record with a throw of 15.28m.

“It’s been so fun. I’ve gotten to travel to different parts of the world,” Adams enthuses.

“It’s been a crazy roller coaster of learning and growing and setbacks – the whole thing’s just been life changing.”

Coaching her since the start of her shot put career, Adams says having her sister Dame Valerie Adams as her own coach is “honestly so amazing”.

“She’s got decades of experience, and she’s helped drive my career in this,” Adams enthuses.

“Just being able to embrace my sister, my coach, after us achieving that goal, it was so special. That was like the best.”

The 30-year-old also gushed about representing both New Zealand and the Tongan community. “Got the gold medal, got a nifo koula (gold tooth),” she joked.

“I think it’s so cool, coz often we’re the minority amongst other things – especially athletics. I think me and Tupz (Tupou Neiufi) are the only Tongans in the Paralympic team.”

“I came back and the New Zealand team were downstairs welcoming us, and Tupz was down there.”

“I said ‘Yo! Our first two gold medals were from the Tongans,'” she laughs.

Adams is “exhausted but happy”, but she will be heading back into the gym to train for her second event.

“I’ve only flirted with discus over the last couple years or so,” Adams says.

“Discus is my secondary event, which we do for fun. But I was able to qualify to compete here in Tokyo.”

“I enjoy discus. It’s challenging, but it’s fun. We jump back into training tomorrow, and we’ll just see how we go.”