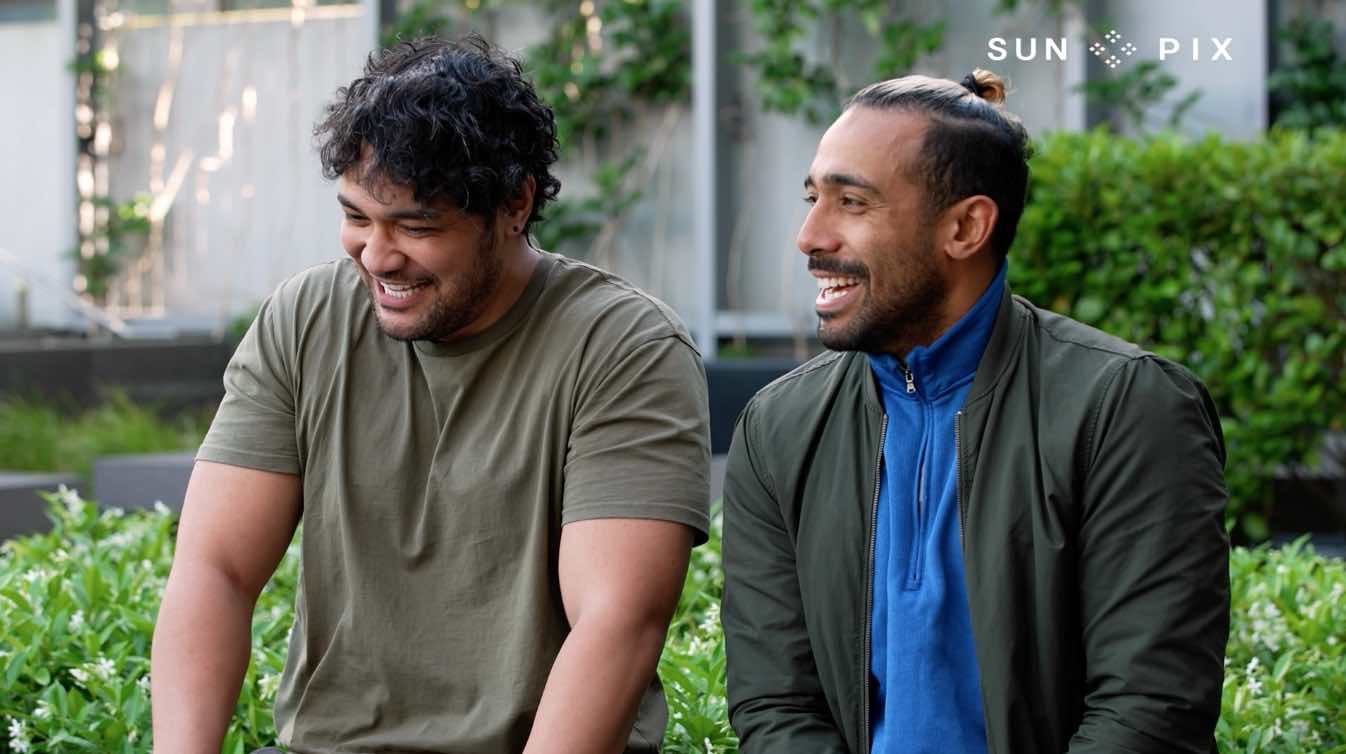 With Christmas just around the corner, what better way to get into the festive sprit than to listen to the magical voices of Samoan sensation Sol3 Mio and their retake of some old-time favourite songs.

Fresh from their morning radio show on FLAVA, I sat down with Amitai Pati and Moses Mackay, two thirds of the Sol3 Mio trio and currently here in Aotearoa promoting their new album, ‘Coming Home’, which they recorded earlier this year before lockdown.

I heard that you guys recorded this album in like three to four days? Is that right?

Moses: Yes, that’s right. We literally just got off tour. So we were touring the country, we did tours all over the place, and then we had a little buffer of about three or four days before Pene had to leave.

So we went straight from the stage, the next day going into the recording studio, and then we had the concept, we had the idea, and then we just went into it. Everything is played live, which a lot of people actually don’t know.

Why these songs — sentimental?

Amitai: Yes. Some of them definitely are, and being able to put these songs together… they give us a sense of nostalgia; it sort of connects us back to what we left back at home.

And some of these also haven’t been recorded before at all; we’ve only done them in concert. And so being able to record them, put them down on a track and give them out to people who aren’t able to see live performances, especially live performances of us, they’ve got a little of something to take home with them.

That’s your magic right, the three of you together always?

A: Yes, we do miss the big bro [Pene], and we know that he’s overseas, he’s working and stuff, but — and we say this all the time in our shows — we only come together when the circumstances allow.

M: Christmas time you want to be with your families, but sometimes you just can’t. And the thing that I miss the most being away from home, yeah food, obviously food is the big thing, family, but also it’s the music! Someone brings out the guitar and all of a sudden everyone starts singing, harmonies thrown in… It’s that kind of nostalgic feeling that the music does to a lot of families, and that’s what we wanted to capture in this album.

Tell me about the ‘E Ipo’ song.

A: For me personally, it was the first Māori song that I had ever learnt, and it’s all thanks to my dad. Back in the day, we used to sing in a rest home, and this was one of the songs that he would just sit there on the guitar and just sing and play.

How have you guys felt you’ve matured from the first album to now?

M: We’re very much the same guys. You know, maybe our clothes have changed a little, but in terms of that young kid, kind of like innocent way of looking at the world — and we joke a lot, we love music, we’re very passionate about food and family — you know, nothing’s changed.

A: We still definitely have a really strong passion for the music that we perform.

Once we are out of lockdown, where to from here for the both of you?

A: Once we’re out of lockdown, we’ve got a lot of plans for next year. So regardless of whether or not the restrictions ease, I still have to leave the country, and Moses still has to go on his musical adventure as well.

M: Just happy that people can get the album, ‘Coming Home’. It’s a beautiful album; we’re super proud of this album. So we’re glad that we can just get some music out to people.