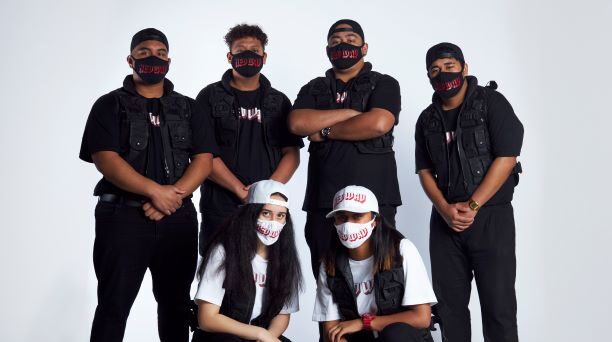 Red Wav from Aorere College and Marcellin College in Auckland have just been crowned the winners of the Smokefreerockquest National Final, taking them one step closer on the path to musical success. This year’s event was streamed live as an online showcase.

As Smokefreerockquest band winners, Red Wav receives $10,000 in musical equipment from the Rockshop, plus a $10,000 NZ On Air New Music Single Grant Recording and Video Grant, a branding package from Imaginary Friends, and promotion, mentoring and on-going support from the Smokefreerockquest team.

Julia Deans was blown away by the winning band saying “Red Wav have their whole performance schtick down, from the intro right down to after the last beat. And holy moly, that rhythm section.”

Entrants in Smokefreerockquest competed in their regions over winter from Invercargill to Whangarei. The national finalists were selected from videos sent by the regional winners and judged by a panel from the NZ music industry.