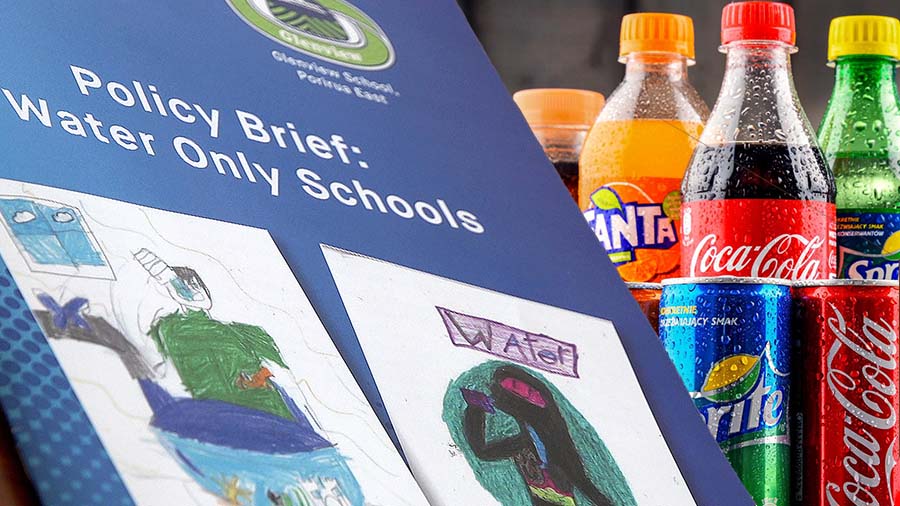 The government is seeking feedback on the proposal and the possibility of expanding the policy into high schools in the future.

The proposal will be enacted next year if it is successful, allowing only milk, water and non-dairy milk alternatives.

Dr Talemaitoga says community discussions with Pacific parents will help lure their support because they will want the best for their children.

“If they saw the terrible state of some of the children’s teeth and dentition, they would agree, but it also needs to come with community education as well.”

Auckland University lecturer Dr Gerhard Sundborn says the Helen Clark-led Labour government put forward a similar proposal in 2007 but was later revoked when the National Party came to power in 2008.

“It’s great to see the government finally doing something about sugary drinks again.”

Sundborn founded the anti-soda group FIZZ in 2013 to advocate for healthier drink choices in schools and a sugary-drink free New Zealand by 2025.

He is also a New Zealand Beverage Guidance Panel member, which presented a policy brief to the government in August 2020 recommending water-only schools.

“In New Zealand, over eight-and-a-half thousand children require general anaesthetic to get multiple tooth extractions each year, and we know a high proportion of our Pacific kids make up that number,” he says.

While he welcomes the proposal, Sundborn says that a direct switch to water and milk could be challenging for some children.

“There is evidence to show that switching from full sugar soft drinks to the zero sugar versions  – there are health benefits, so that’s a step in the right direction, but water and milk are the best options overall,” he says.

Rowandale School in Manurewa, like many primary schools nationwide, has already implemented its own policy banning the consumption of sugary drinks during school hours.

Principal Karl Vasau supports the extension of this policy to all primary schools.

“It’s just making sure our children are healthy, that our children’s teeth are good, that they’re not becoming diabetic or obese before they should,” he says.

Vasau says if the proposal is successful, parents will need to get on board to maximise the impact of the changes on their children.

“I think it’s important that if their children are to be healthy and have better outcomes and better concentration, and you know, live full lives so that they can also make good choices in the future, then I think that parents understand these reasons and connect and try and make a change.”