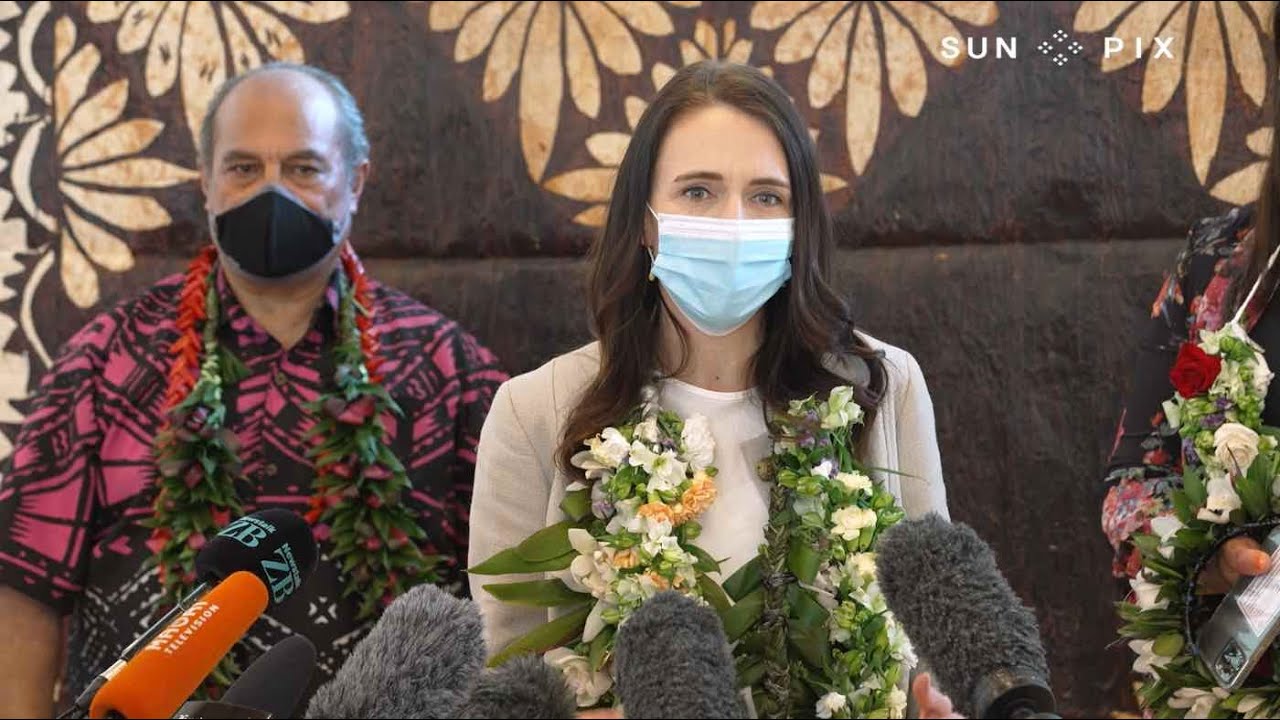 A Pasifika Youth vaccination event in Māngere was among the first places Prime Minister Jacinda Ardern visited when she returned to Auckland on Wednesday. With Parliament rules keeping her away, she took the opportunity to lend her support behind Pasifika vaccination efforts.

A Pacific colourful welcome with Cook Islands drums and fanfare greeted the Prime Minister at the Fale O Samoa in Māngere.

There to greet her was event coordinator and youth community leader Matalaoa Barlow.

“Yeah, very moving, very emotional. At one point I did think I was going to cry, but that’s just because I wanted to recognise everybody that worked towards this,” says Barlow.

It was the Prime Minister’s first visit to the city since the middle of August when the country went into lockdown.

“Tāmaki Makaurau is my home, and today’s been important for me to reconnect with those who I’ve been contacting with at a distance — business representatives, health providers but also to have a chance to talk to Aucklanders about their experience,” Ardern says.

Three months ago there was hope the Delta variant could be contained. But with daily case numbers going up in Auckland, elimination is no longer achievable. The race is now on to get as many people vaccinated — at least 90% double-vaccinated — across the country.

“What we’re seeing for the most part [is] very high rates of vaccination amongst our Pasifika community,” Ardern says.

“We’re looking at 87% first dose, and in the Auckland metro area really good rates, and so I would say actually, thank you.

“Yes, we want to, though, keep aiming for those 90% figures as a milestone, so very grateful that the work continues on the ground.”

At 90%, the new ‘traffic light’ Covid management framework kicks in, allowing more freedoms — a taste of which Auckland enjoyed this week when retail outlets opened under alert level 3, step 2.

Minister for Pacific Peoples Aupito William Sio says he is still concerned for the community in South Auckland.

“And whilst we’ve got an increasing, rising number of people that are vaccinated, not everybody’s vaccinated, so there are still some things that we’ve got to do.”

Nearly a third of cases since August have been Pasifika people, due partly to the large Samoa church cluster early in the outbreak. Many of those affected ended up in hospital.

Since then, it’s become clear that being vaccinated reduces the likelihood of needing hospital care if infected.

“We do know that if you are not double vaccinated, that your chances of hospitalisation are eight times higher, and if you have other forms of health condition — a lot of people have asthma, a lot of people have diabetes — if you also get Covid on top of that, it can mean really poor health outcomes for you.”

Pasifika vaccination rates have climbed in recent weeks, but they still lag behind the wider population, especially across metro Auckland.

Just 74% of Pacific People are fully vaccinated compared to around 88% for the rest. Among those being encouraged to get jabs are the vaccine hesitant, especially young people.

Youth Leader Bronson Seiuli says: “Youth are more exposed to misinformation that’s spread throughout different platforms on social media, and therefore we’re prone to falling for that misinformation and sort of being pushed away from the vaccine because of whatever they’ve heard or what they have seen online.”

Barlow says the vaccine hesitant should speak to people they trust.

“What I am now aiming and urging to do is, the people within their social groups and their whānau, to actually be the advocates within their groups. These are the people they will connect to; the ones who are hesitant will always connect to the people around them.”

In the meantime, Minster Aupito continues to support health and community vaccination initiatives and urges the unvaccinated to get their shots, especially with restrictions likely to ease more and the festive season fast approaching.

“Stay our course, get vaccinated, quicken our pace and start planning for the future,” he says.

“Plan for the environment that we’re living in where the Covid-19 Delta variant is out and about in our community. So yes, we can move about with confidence, but we’ve also got to move with caution.”