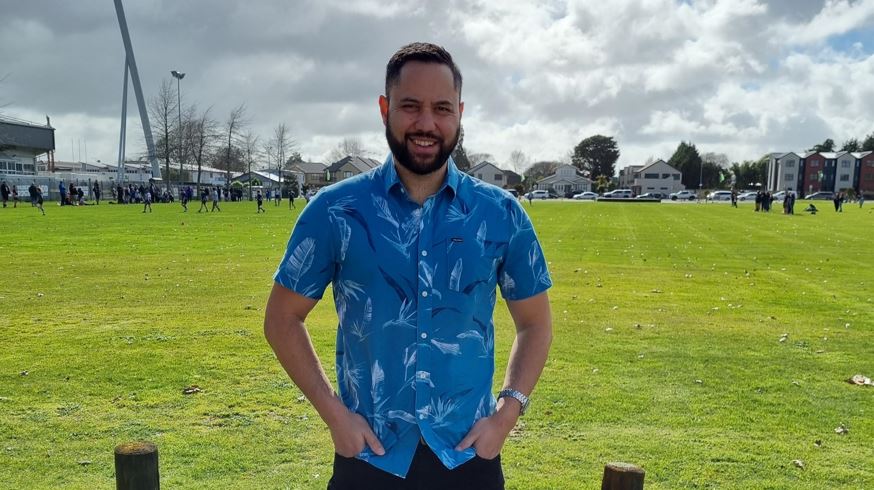 Hamilton/Kirikiriroa could have its first Pacific councillor this year, with local business owner Riki Manarangi looking to win the by-election next week.

Manarangi, of Tainui/Te Arawa, Irish & Cook Islands (Rarotonga, Mangaian) and Tahitian descent, is the only candidate with Pasifika heritage, out of the 24 contesting to fill the vacant seat.

The elected candidate will fill the position of former Councillor Margaret Forsyth, who passed in May.

Manarangi is a proud Hamiltonian who is no stranger to policies and by-laws, working for Hamilton City for four years. He says he can empathise with people in his constituency and recognises that representation is important.

“The fact is throughout all that period, we had Pasifika in our community, but they haven’t been represented in any of the kōrero,” Riki said.

If elected, Manarangi wants to focus on housing and making sure Pasifika communities engage with local politics.

“Housing is expensive, so the impact of that on our Pasifika people we know all too well. So if there is provision to make sure that a lot of the kōrero at the council table takes into consideration the Pasifika voice, then that is a step in the right direction,” he says.

He says he wants to provide Pasifika communities access to the decision-making processes at council.

“Historically, our people don’t always engage with local government. I want to make sure that they are aware the footpaths they walk on, the parks they play in, the community facilities they congregate in, the swimming pools, roads they drive on, sporting grounds, zoo and garden they visit all come from decisions at council via their ratepayer money – either directly or through their rent.”

Manarangi has ditched the traditional way of campaigning, preferring to have face-to-face kōrero or using his Facebook page @Rikivote, or allowing voters to book time for a zoom chat with him.

Conscious of the waste that flyers and billboards create, he’s chosen to campaign without them.

The Hamilton East ward is home to around 4000 people, and locals will have until midday Wednesday 18th of August to vote.