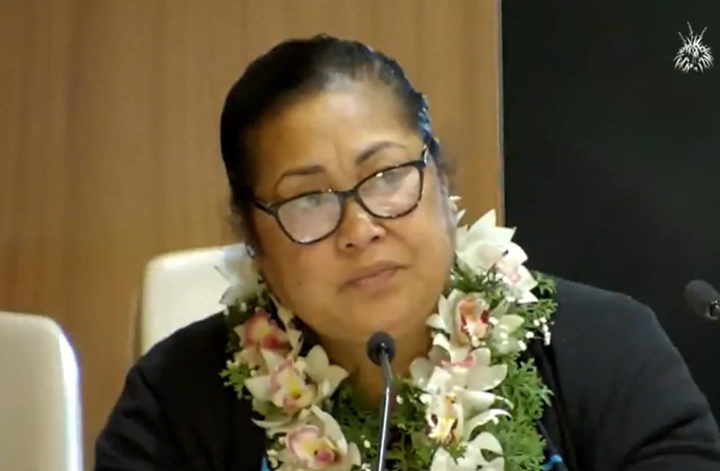 A Samoan survivor has come forward to the Abuse in Care Royal Commission of Inquiry to share her experience of the abuse she suffered in psychiatric care and to highlight areas of concern.

In August 1992, Rachael Umaga from Wellington left a violent relationship and sought a protection order against the person.

“I remember I wasn’t able to sleep,” Umaga said.

“I had to take time off work and left my daughter with her dad because I couldn’t cope anymore.

“That is when the ‘mania’ started.”

Umaga was admitted to Ward 5 on September 1992. She described that time as “a traumatic experience.”

“I was first taken into psychiatric care by my family. To this day, I do not think that that was right.

“I was a victim of domestic violence, I was struggling to cope and needed support, not to be thrown into hospital,” she said.

During this admission, Umaga recalled being given a lot of medication and she said she was never told exactly what the medication was.

“I had never been on any type of psychotropic medication prior to 1992.

“I was heavily drugged against my will and it was a continuous pattern of over-medication.

“I felt like a human guinea pig. It was like, ‘what colour would you like this week, Rachael? Did that yellow pill help? Well, maybe we’ll try a green pill’.”

Umaga said she considered the experimenting conducted on her with the pills to have been abusive.

Umaga was admitted to Ward 5 twice before it was turned into a plastic surgery. In 1998 she was admitted a third time, but to Te Whare Ahuru Acute Inpatient Care Unit.

In Umaga’s statement she said “Te Whare Ahuru was meant to be a place of calm. This to me was anything, but calm.”

“The mental health practice never changed. The over-medication was the same, the doctors or nurses were not responsive to patients needs and we were just left waiting,” Umaga recalled.

She was admitted to mental health services 11 times, and on multiple occasions the staff recorded her ethnicity incorrectly saying she was either Tongan, Tokelauan or Māori.

This made Umaga frustrated as this indicated to her their ignorance and carelessness towards their patients. She said they did not once ask her to clarify or confirm her ethnicity.

‘An animal in a cage’

In Umaga’s fifth admission she was placed in seclusion, which she explained is a place she doesn’t ever want anyone in the future to experience.

“It is lonely and boring and makes you feel like you’re an animal in a cage.

“We don’t have freedom – the staff just leave you in there and there is nothing for you to do in seclusion.

“I felt like I was in seclusion for a long time,” she said.

At the public hearing, Umaga described the seclusion room as a cell, only big enough to fit a single hospital bed.

“The door had a little shutter window on which staff could move to see if I was okay.

“There was also a little square window in the room that you couldn’t open.”

Umaga said that to this day she still experiences what some people call ‘white coat fever’, which she describes as “experiencing high blood pressure every time she walks into a hospital because being there gives her anxiety.”

The feeling of shame is very real for Umaga who said that people who have been in these units often carried the stigma of shame.

“Shame stops us from making friends.

“The stigma makes us untrustworthy of people, always insecure and cautious of people all the time,” she said.

“I am often questioning people whether what they are proposing is in my best interests because of my experience.

“Even doing the shopping became a problem for me. I had this fear that everyone knew I was on a psychiatric ward, so they judged me or labelled me before they got to know me.”

The word ‘mental’ has a stigma, Umaga believes. She wants the legislation to be called something that reflects what they want to achieve.

“They should call it the wellbeing act or wellness act,” she said.