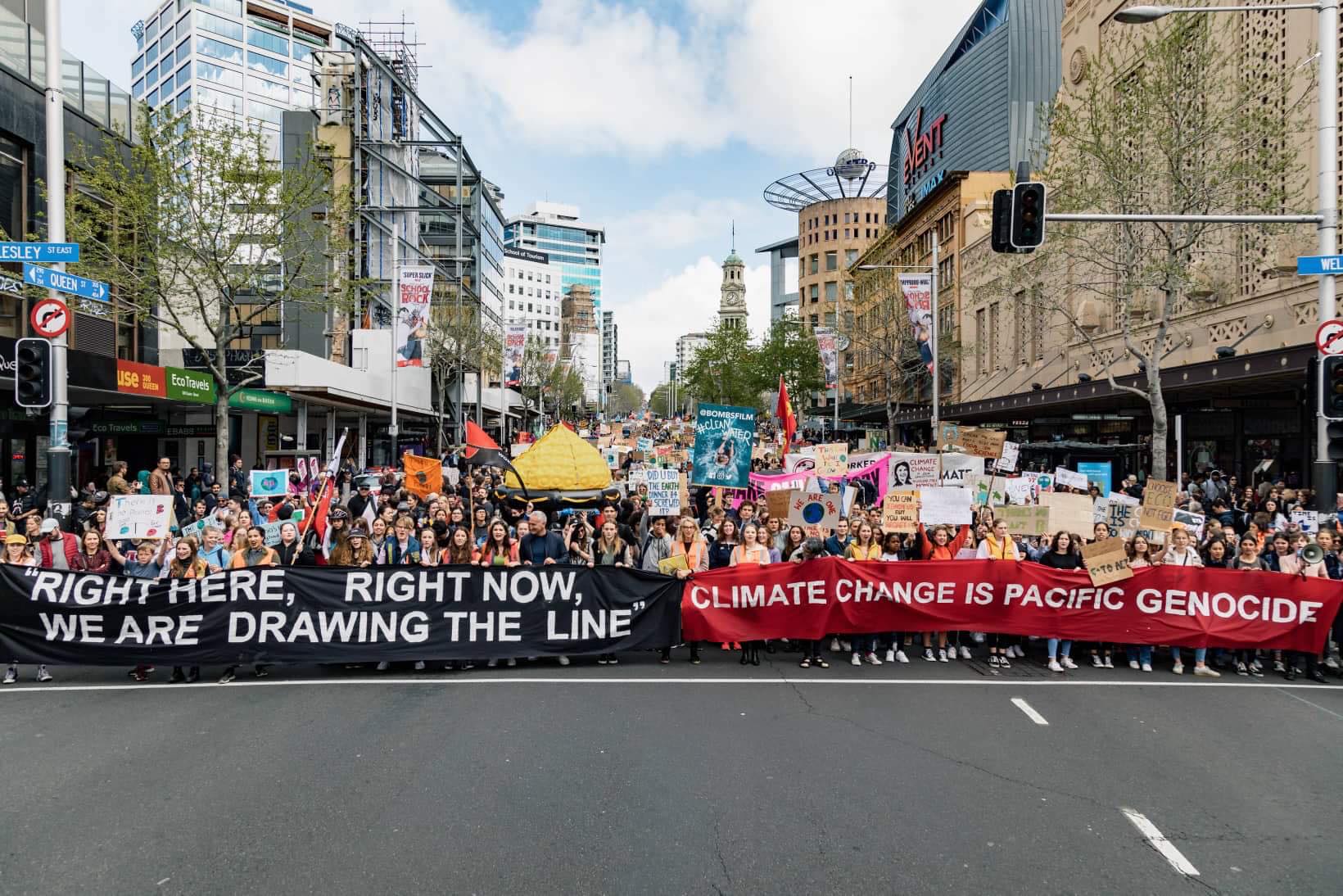 The group made the announcement on their social media pages over the weekend, saying the decision was made “under the suggestion and guidance of the BIPOC (Black, Indigenous and People of Colour)” members of the group, “as well as individual BIPOC activists and organisations”.

“We are disbanding because, since 2019, SS4C AKL (as well as the wider national group, though we can’t speak on their behalf) has been a racist, white-dominated space,” the post reads. “SS4C AKL has avoided, ignored, and tokenised BIPOC voices and demands, especially those of Pasifika and Māori individuals in the climate activism space.”

The group apologised for the hurt and trauma caused and said their disbandment was “well overdue”. They ended the post by calling on followers to redirect their support to other Māori and Pasifika climate activists and groups.

Response to the announcement has been mixed. Some supported the decision and praised the group for acknowledging what Māori and Pacific have been saying about climate change activism for a while. Others have called the decision “identity politics gone mad” and overly “woke“.

Some Māori and Pacific activists have criticised the delivery of SS4C AKL’s message. An Instagram post by Pasifika climate activist Helena Fuluifaga Chan Foung says the initial paragraph “insinuates that BIPOC have advised SS4C to disband – without providing full context”, and that the paragraph about the group being “a racist, white-dominated space” should have been their opening line.

“Regardless of intention, because of the lack of context, the reader is made to initially sympathise with SS4C and then look to the said BIPOC communities who have ‘forced them out’ with confusion and resentment.”

Helena’s post, which has received over 800 likes, also criticised the group’s decision to disband rather than take action as a group to work through its issues. “Disbanding is not taking accountability, it’s quitting,” she says.

“Acknowledging you have a problem or made a mistake without taking a step towards resolving it is meaningless.”

Aigagalefili established 4TK to represent “brown voices” after the first School Strike 4 Climate march in Auckland was scheduled on the first day of Polyfest, meaning many Pasifika were unable to attend.

She says over the course of 2019, 4TK was on the receiving end of racism from SS4C – an issue addressed in the new documentary High Tide Don’t Hide. She has shut down accusations she was involved in School Strike 4 Climate’s disbandment, telling her followers 4TK had a meeting with the group earlier in the year but not once asked them to disband.

“We are disbanding because, since 2019, SS4C has been a racist, white-dominated space that has taken attention away from the voices of the communities that are being disproportionately affected by this issue. Our disbandment is a decision SS4C Auckland has made, shaped by a long series of internal discussions and events that have occurred since the movement began in 2019. As SS4C is a constantly shifting organisation, with members leaving as soon as they finish high school, any long-lasting changes we’ve tried to implement in the past have ultimately failed as each new group brings in their own unique structure. For this reason, we firmly believe that any more attempts at correcting these issues within the group will cause more harm to the communities that are most affected.

Given our organisation’s past unsuccessful attempts at restructuring and improving allyship, as well as the nature of our mainly Pākehā voices, disbanding is the right thing to do. Climate change and indigenous justice are intertwined, and a majority pakeha movement that cannot bring lived experience to this issue is worse than no group at all, and will not be able to successfully achieve climate justice

SS4C is not the be-all and end-all of the climate justice movement in Aotearoa.

Climate change is Pacific genocide and the focal point of environmentalism in Aotearoa must shift away from a Pākehā-centric view and towards the voices of communities that are being disproportionately affected by climate change. These voices should have been leading the environmentalist movement in Aotearoa from the beginning.

There are plenty of resources Pasifika, Māori and other existing climate groups have offered for education, allyship and climate justice. We implore people to support the hard work they have already been doing and listen to their voices. A disproportionate amount of media attention over the years has been given to SS4C, as opposed to these organisations, so we encourage more media organisations to include their perspectives in future articles and discussion about climate change.”