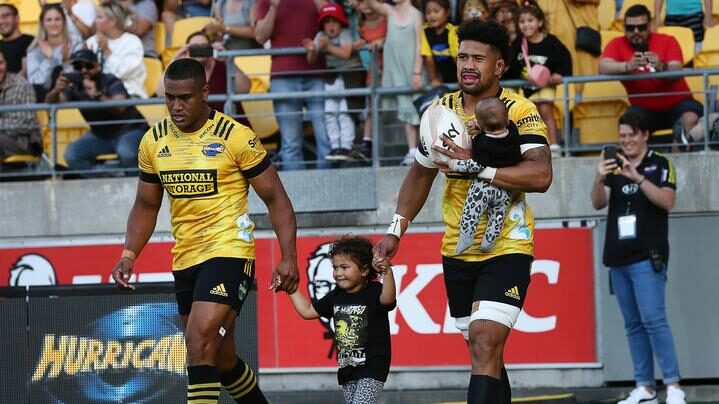 Julian Savea has revealed he and brother Ardie are learning to speak Samoan ahead of this weekend’s Mana Moana themed round of Super Rugby Aotearoa.

By Finlay Dunseath and Joe Porter for rnz.co.nz

Returning to the Hurricanes set-up this year ater spending a three year spell with Toulon in France, fan favourite and former All Blacks wing Savea said he’s learning to speak Samoan in order to develop his connection with his culture.

Although his parents speak Samoan, Savea says speaking the language fluently will be new to him.

“Mum and Dad spoke to us quite a bit so we understood it but not in terms of speaking it fluently so hence I’m trying to learn it and be more fluent in that aspect of my life,” he said.

Savea’s Father hails from the village of Si’umu on the south coast of the Upolu island of Samoa while his Mother is from the Eastern village of Lutuanu’u on the same island.

He said his parents are a key motivating factor behind his journey to rediscover his native tongue.

“I’ve always felt at ease wih my culture, for me it’s just about reconnecting again and the most important thing was to be able to connect with Mum and Dad a little bit deeper in terms of where they’re from and where I’m from.”

“They’d be very proud especially Dad, he can’t really speak English that well but being able to speak to him in Samoan would be awesome.”

Savea says being able to pass on the Samoan language to his own children is his ultimate goal.

He admits the decision to dive into learning his native language is a matter of self-discovery.

“It’s all about learning about yourself and where you’re from a little bit more, just a deeper connection to where I’m from.”

Julian’s younger brother and team-mate, Ardie, is joining him in taking lessons from a Samoan language tutor and is making big strides.

“I think he’s a little bit better than me which is good, he’ll need to start doing some interviews in Samoan hopefully. We’re both on the same journey so I’m pretty excited.” Julian said.

The Hurricane’s will honour Māori and Pasifika culture in their Super Rugby Aoteraoa match against the Chiefs on Saturday with a special Mana Moana night.

Involving Lei giveaway, moko painting, halftime cultural performances and a Māori call to field prior to the match, the event aims to acknowledge the important role that Pasifika and Māori communities have played in the franchise’s success.

Hurricanes CEO, Avan Lee, believes embracing the diverse cultures within the team has had a positive effect on the whole group.

“Having a lot more opportunities for people to be within their own culture, we’re seeing some people who have been traditionally quite quiet really coming out of themselves and feeling more relaxed in our environment.”

Lee says the week long event which debuted last year, will become an annual event for the club.

“It’s not just about mana moana week it’s actually what that we do now, it’s how we use language and how we show that we respect people and where they’re from” he says.

Lee encouraged other Super Rugby franchises to consider adopting a similar event in order to engage with their Pasifika and Māori communities.