HomeArts & MusicNEW MUSIC: The latest from our Pacific artists in time for summer 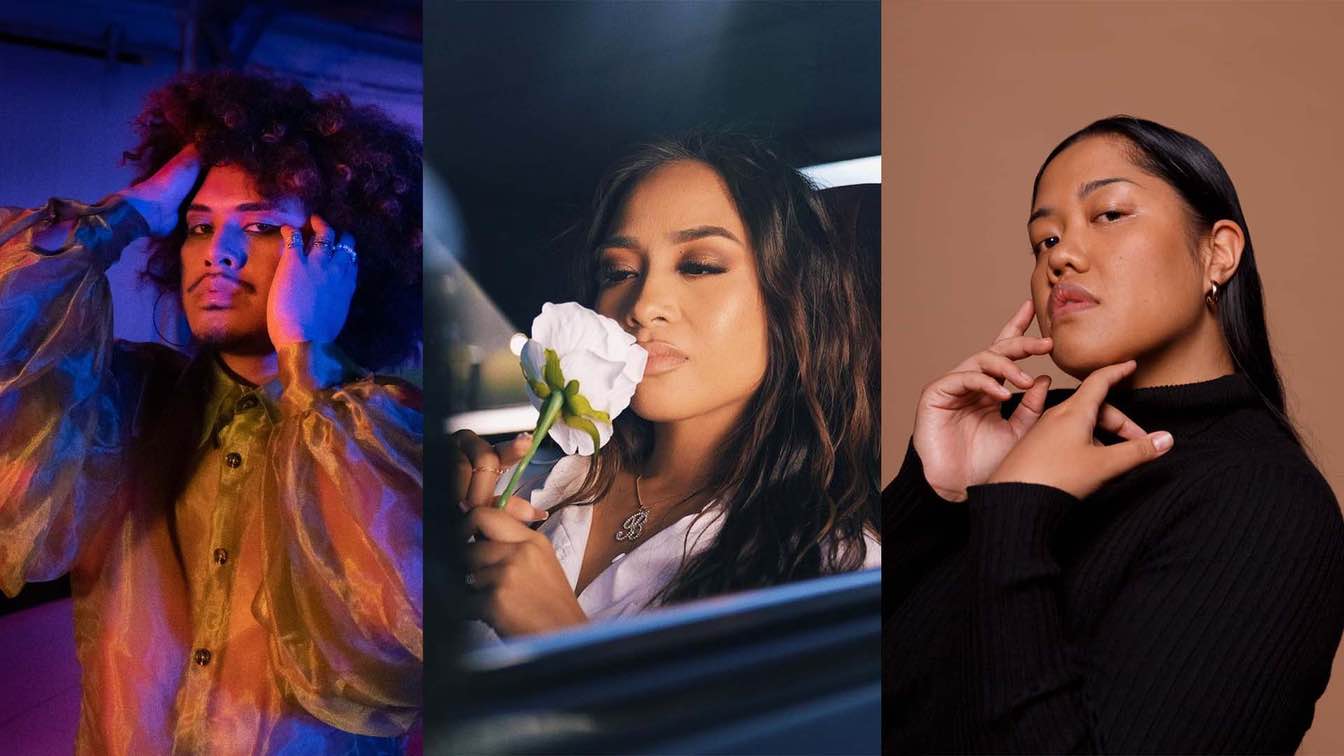 What better way to celebrate summer than checking out some of our talented Pacific artists’ newest releases? Here are 10 tracks to get your summer playlist started.

Returning to the music scene after a three-year hiatus is Tongan-New Zealand artist JP with Pull Up. The RnB single encompasses the themes of body agency, money, power and revenge laced over a seductive acoustic guitar beat.

Produced by the talented Abraham Kunin (who’s worked with the likes of Teeks and Home Brew), Pull Up is a track reminiscent of the late ’90s and 2000s, inspired by JP’s favourite childhood artists such as Usher, Craig David and Destiny’s Child.

JP is a triple threat with a degree in Law & Arts, a TVNZ Popstars Top 12 Finalist and an actor. Pull Up is the perfect teaser for what’s to come from this South Auckland emerging artist.

Rotorua-based songstress Sema (Hannah Teipo) made her first appearance on the Hot NZ Singles chart back in June with Real. Now the Cook Island artist’s finally released the beautiful visuals to go alongside it.

Real invites listeners to explore vulnerability and seek meaningful connections in life. The music video depicts Sema on a journey of self-discovery guided by her ancestors.

“Being first generation here in New Zealand, I have spent majority of my life trying to figure out where I fit in,” she says. “Real, the visual, is a way of reclaiming my own narrative.”

A key moment shows Sema cutting her hair as a symbol of unlearning what didn’t serve her journey.

“It was the start of a new season. Fun fact, I cut my actual hair in the video, so it was a one-shot opportunity. I still can’t believe I managed to cut it straight with no mirror!” she says.

“It was so quiet on set; I feel like the whole film crew held their breath at the same time as me, to be honest.”

3. DAUGHTERS OF THE DAWN – OCEANS BEFORE ME

All-female collective Oceans Before Me (OBM) have dropped their anticipated album Daughters of the Dawn, inspired by the vahine Polynesian Panthers. The album highlights what Polynesian families endured during the dawn raids, with OBM members La Coco, Kalala, Marina and Vox Dawn sharing their own take on the events.

The duo released their catchy tune in September, and it rapidly reached over 100,000 streams within a week. Their official lyric video is now sitting at over one million views.

But the Samoan-Filipino artist is no stranger to producing bangers. Her earlier track Akiliz has also surpassed one million views on YouTube and Spotify, and she also collaborated with The Remix King DJ Noiz on her track Woman.

Fresh to the music scene is upcoming Samoan artist Anthony Iosefo-Matautia (Antxz) with his debut single H.W.A (Here We Are). The track describes a personal time of trial in Antxz’s relationship.

“It was pretty much everything I was going through mentally, including the insecurities and the overthinking. Just a lot of things we as guys don’t really let out. So all my thoughts just went into this song,” Antxz says.

The Brisbane artist is passionate about creating music that tells his life experiences and hopes others can relate to it.

“It’s a big thing for me. As long as I’m telling my truth in everything I write, then I’m happy, and hopefully make the audience happy too.”

Proud “brown poly” rapper KiddJay’s new single was birthed from a place of mental distress. The South Auckland rapper asks his listeners to let him know if they’re down for him during hard times.

“I was actually going through some hard tribulations in life and was stuck,” he says.

“A switch flicked for me, opened my eyes to reality, and I adjusted what I needed to do in order to win.”

His music dream grew even stronger when he started writing Let Me Know, with the hopes of taking his audience “to places where words cannot”.

“I want the listener to not just hear but feel where I’m coming from and relate to the struggle of another brown poly from South Auckland.”

7. MEMOIRS FOR THE BROKENHEARTED, PT. 2 – JARNA

If you’re looking for an album that’ll take you on a journey of different stages of heartbreak, then look no further than Jarna’s ‘Memoirs for the brokenhearted, pt. 2’. This low-key mixtape was made for those who enjoy deep RnB sounds with chill beats that emphasise the story behind the lyrics.

Keep an eye out for the East Auckland artist in the upcoming year as she hints at surprises to come.

Kicking off “sadboi summer” is Sam V’s second 2021 solo release, Bike Boy. The new track paints “a bleak depiction of a relationship breakdown, reflection and attempting to find understanding in both perspectives”. Sam V shows off his delicate vocals, layering it with intricate harmonies on this soothing new beat produced by Auckland’s Astro (Aaron Strickland).

The rising RnB artist has been consistent on disrupting airwaves within New Zealand’s music scene this year, having featured on The Panthers album, releasing Y$O’s self-titled project and dropping his previous track Wired.

Devoting their adoration and endless love for their wives are the Bold Brotherz in this beautiful new track. Bold Brotherz is made up of two Central Auckland locals, Tufi as the lyrical genius (rapper) and Maka as the singer. Filmed by rising Auckland videographer Peter Pedro, the visuals lean heavily on the boys laughing and dancing with their wives on a beach date.

“We made this to show our love towards our wives for their hard work and love they showed towards us and our kids throughout the years.”

Keep a lookout for more of this duo, who will be releasing music reflecting their authentic selves.

“To be bold means to be confident, courageous and to stand out. It takes true boldness to display your true self and we want our music [to reflect just that].”

The new track features New Zealand’s own Diggy Dupe, Stunner from UK, Miggz (Canada) and Skenzo (Sydney, AUS), who each lay a verse speaking on “finding heaven” in the face of hardships in their own backyards.

With a music video on the way, DHEM hopes to evoke emotion within communities, churches or young musicians trying to make something of themselves. It sets the emerging Australia-based artist up for a big year in 2022, where we expect to see more features and music out of the Brisbane hip-hop scene.