HomeCommunityPromising Niuean cricketer to train with the White Ferns 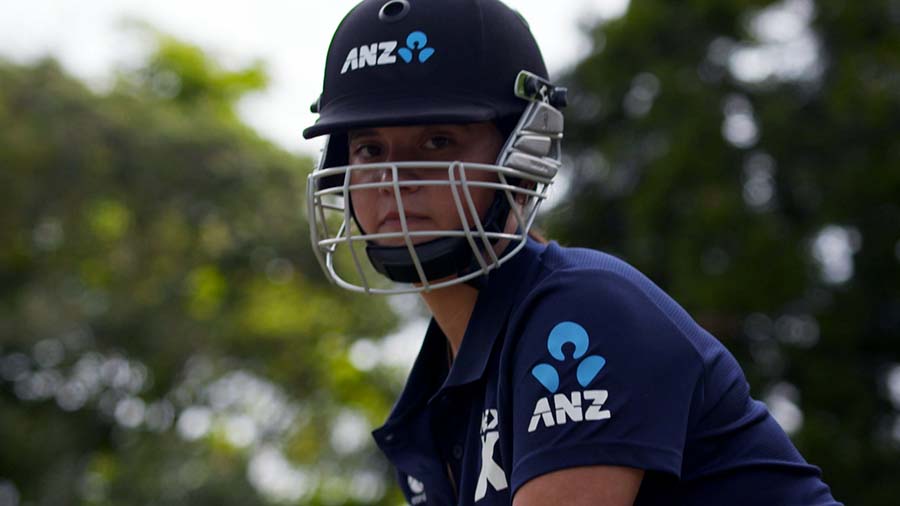 Promising Niuean cricketer to train with the White Ferns

12-year-old Niamh Falanitule hopes her selection for the ANZ Next XI academy will encourage other Pasifika to play cricket.

The academy gives 11 young up-and-comers a glimpse into life as elite cricketers by training alongside the White Ferns national women’s team.

Niamh, partly Niuean on her Dad’s side, is the only cricketer selected with Pasifika heritage.

The Manurewa local currently plays for the Pakuranga Howick Cricket Club and says Pasifika players are few and far between.

“I’ve only come across like one or two other girls, and my dad would always go and talk to their dad and be like, ‘oh, another islander’ but every islander I have played has been really, really good, really strong.”

Her dad Iki, an avid cricketer and Kilikiti player,  introduced her to the sport but initially did not enjoy it.

“Once you start improving, I think you get better, so I like it a lot more now than when I was forced to play,” Niamh says.

Her older brother Elias is also a skilled cricketer, currently playing for the New Zealand Development team and Auckland U-19s.

She says their rivalry has helped her to improve.

“Ever since I was little, just kind of watching him play sport [he was] kind of like an inspiration but I would never say that to his face.”

Her selection for the ANZ Next XI is also attributed to her determination to overcome a netball injury three years ago, requiring two hip surgeries.

Her mum Tracy says that Niamh found the recovery period difficult as she had been very active from a young age.

“She probably became more anxious and not so confident in herself,” Tracy says.

“A lot of Niamh’s friends are sporty as well, and so that was kind of her social circle.”

Her injury was so severe that her doctor predicted she would be out of action until she was at least 16 years old.

She was cleared to play sports again six months later.

“If she really wants something, she’ll work, and she’ll get it. You can’t tell her no, she’s very resilient,” Tracy says.

Iki says that he is proud that his children fly the Pasifika flag but hopes more will join the sport.

“I just think it’s really important that there are a lot more Polynesian faces out there,” he says.

“It would just encourage children out there to see that there’s more to us than just rugby.”

Iki says growing up with Kilikiti, a Pacific version of cricket, made him realise the potential that many Pasifika have to succeed in the sport but are often deterred by how expensive it is.

“When you’re looking at an $800 cricket bat, pads and all the protective gear alongside that, it is restrictive from a cost perspective for a lot of Pacific and Maori families,” he says.

“We were just lucky that we had the ability to afford those sorts of costs.”

Iki has been talking with New Zealand Cricket to see how they can grow the game in Pasifika communities.

“They see the potential of an untapped market, and they want to try and promote it within the Pacific communities as well, so it’s really good that they are getting behind it.”