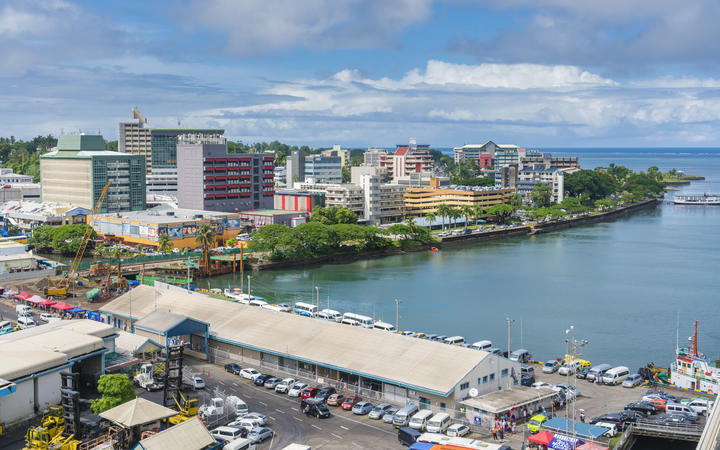 A new daily record of Covid-19 cases has been announced in Fiji as 94 new cases in 24 hours have been confirmed.

The Fiji government is now unable to isolate cases at its facilities, sending positive people home instead.

It has announced it was preparing to focus on caring for severely ill patients as opposed to its current strategy. It had hinted at this scenario early in this outbreak in the event the public health system was overburdened.

Dr Fong himself a primary contact of a colleague in the government’s Covid-19 Incident Management Team (IMT) who tested positive said the majority of new cases was from transmission in closed indoor spaces.

Nine more members of the IMT have since tested positive too.

“Due to the high number of cases and constraints on quarantine capacity, new positive cases are being entered into home isolation, where feasible. Specific guidance has been provided for these individuals to ensure they do not have contact with other members of their households,” Dr Fong said.

“Given the escalating numbers of new cases in the Lami-Nausori Containment zone, we are preparing to shift into a mitigation phase that ensures that healthcare resources are focused on caring for patients who develop severe illness as a result of the virus, to ensure that they can receive proper treatment and achieve the best possible outcome from the care.”

Meanwhile, 28 of the new cases alone are from the capital Suva’s Colonial War Memorial Hospital, which is now a dedicated Covid-19-care facility.

The other new cases include 26 from Waila near Nausori town, 14 from Navosai in Nasinu Town, eight from Nawaka in Nadi, five from the Republic of Fiji Military Forces Naval division and three from its army base and one case is from Caubati just outside the capital city.

Dr Fong reported the death of a patient at the Colonial War Memorial Hospital (CWMH) in Suva but said that although the deceased had tested positive for Covid-19, his death was not ruled the result of the virus. This is the third such death from the country’s main hospital in less than a week.

“This individual was admitted in the CWM Hospital’s Acute Medical Ward and died Tuesday morning as a result of the medical condition for which he was initially admitted. While the individual did test positive for Covid-19 during his admission at the hospital, we have not classified this as a Covid death based on the assessment of his doctors, who have determined that he died due to complications of his chronic medical condition,” he said.

The CWMH cluster which has been the fastest growing transmission since it was discovered a week ago now continues to concern authorities as people recently discharged from the facility turn up positive cases in other districts.

This included two patients who were detected at the Valelevu Health Centre in Nasinu, the largest municipality in the country. That facility, an important part of the government’s infrastructure, is now temporarily closed for decontamination.

Four patients have recovered taking the total number of active cases to 604. There have been 775 cases since April 2021. Since the pandemic began in Fiji, there have been 845 cases and 234 recoveries and four deaths.