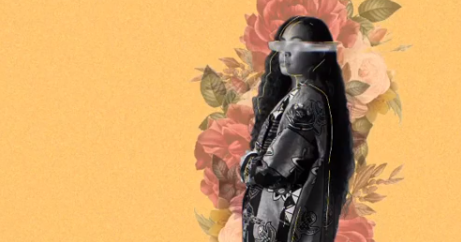 It seems the Alert Level 4 lockdown was a great opportunity for R&B/Soul singer Emily Muli to create her brand new track Self-Care, a beautifully crafted (and well-timed) reminder for all of us to take better care of ourselves. We spoke to Muli about her latest release.

When did you first become interested in music?
Growing up in a Tongan Methodist church, I was surrounded by music from a really young age! My late grandfather was also a musician and songwriter, as well as my uncles, so I was always interested in it.
Tell us about your musical journey since that time – how did you begin to pursue a career in music?
When I was in Year 11, I entered the University of Auckland’s Songwriter of the Year competition for secondary schools just to give it a go. I ended up placing runner-up, which gave me the confidence I needed to start taking my songwriting seriously. I was also posting up YouTube videos of myself doing covers at the time which people enjoyed, so by the time I finished high school I decided to study it in university and give it a shot.

For anyone who may be new to your sound, how would you describe yourself as an artist?
My sound has been really fluid over the years, but I would say it would be influenced by R&B (both urban and contemporary), neo-soul, soul and my Pacific roots. As an artist, I always want to stay true to myself, my experiences and how I feel, and I’d hope that comes across in my music.
Who are your biggest musical influences?
There are definitely a few, especially our NZ Pacific artists who paved the way (Che Fu, Aaradhna, Adeaze etc.), but I’m obsessed with Lauryn Hill lol. The Miseducation album will always be up there for me!
What is your brand new track Self-Care about – is it a personal story, an experience, how does it relate to you?
It really is just emphasising the importance of taking care of yourself! Over the years I got used to keeping busy, often overworking myself and burning out constantly. Always being a yes-man came at expense of my mental wellbeing, so I wanted to write a song not only to remind myself of the importance of taking a break, but getting the message out there too. I sometimes struggle with saying no to doing things/taking on tasks because I feel like I’m letting people down, but it’s better to serve on a full tank than struggle on an empty one.

What was the production process like?
Pretty funny haha we were originally just going to do it for an RNZ Music Month project because we were all in our bubbles, but once the team sent in their tracks and my bass player, Isaac Graham, produced it, it sounded awesome! And in a few days we recorded, produced it, filmed our low quality videos and got it mixed and mastered all within our different bubbles.
You’ve composed and produced Self-Care while in lockdown. As an artist was there any difference for you, creating music under these circumstances?
The only difference was having the live instruments from the band not being recorded in a studio that we were all in. When we recorded my first single, Rhythm & Truth, we used Parachute Studios and I was able to vibe along in the same room while instruments were recorded. At the same time though, I’m super used to being in the corner of my room making music, so it didn’t feel too strange!
I feel like this track is timely, given that the lockdown would’ve impacted people mentally, spiritually. Was it your intention to release this particular record during these times?
Not at all – I did want to record and release it soon, but had no idea that we were going to go into a national lockdown. I’ve said before in another interview that I release songs when I feel like the time is right for that particular message, and it felt right to release Self-Care during this time.
I know we can never control the way people consume and interpret what we produce, but what is the one thing you want people to take away from this particular track?
I hope that people really do just take a moment to be still, to reflect and to take care of their wellbeing. We’re living in an unprecedented time and it’s okay not to have everything together. Check in on yourself, check in on each other and always remember that you can only give out as much as you give yourself.