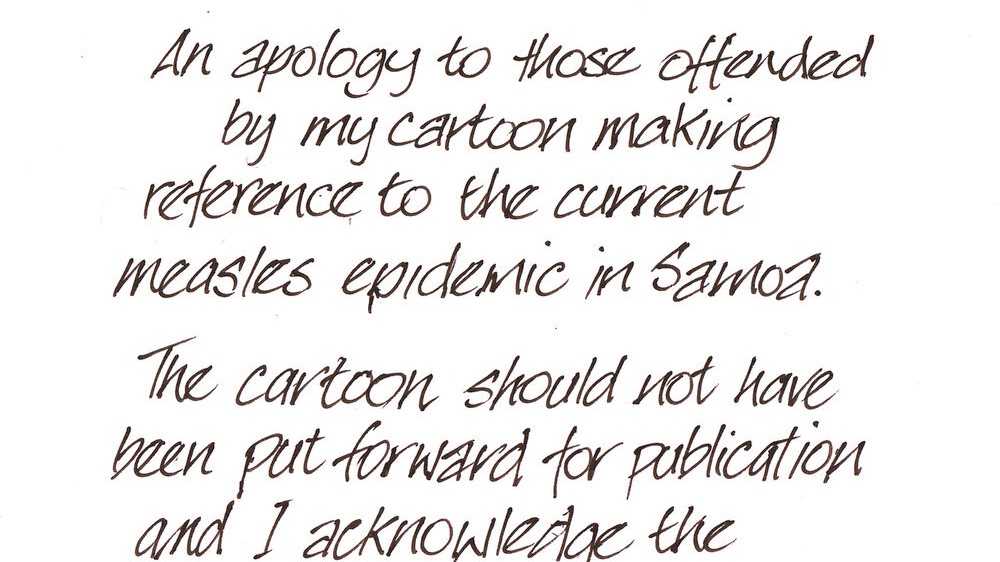 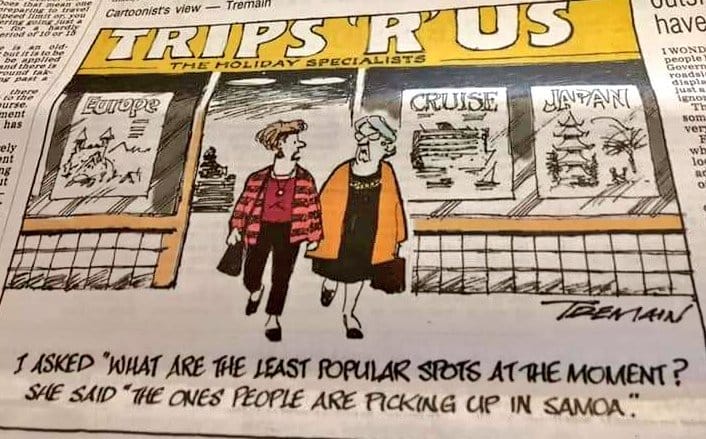 Cartoonist Garrick Tremain has backtracked just hours after an interview was published by RNZ’s First Up in which the cartoonist said he saw “nothing wrong with the cartoon” – a cartoon published in yesterday’s Otago Daily Times which made light of the Samoan measles epidemic.

Tremain issued the apology on his website for the offensive cartoon this morning, acknowledging “a lack of judgement on my part”.

This comes after yesterday’s apology by ODT Editor Barry Stewart. “The content and the timing of the cartoon were insensitive, and we apologise without reservation for publishing it.”

The apology continued citing ODT’s stories reporting on the outbreak. “This should have been our starting point when considering publishing the cartoon. That it was not was a deeply regrettable error in judgement.

“We will review our selection process. It must be robust. Our community expects no less.”