HomeEventsCOP26: Pacific youth on the frontlines of climate change 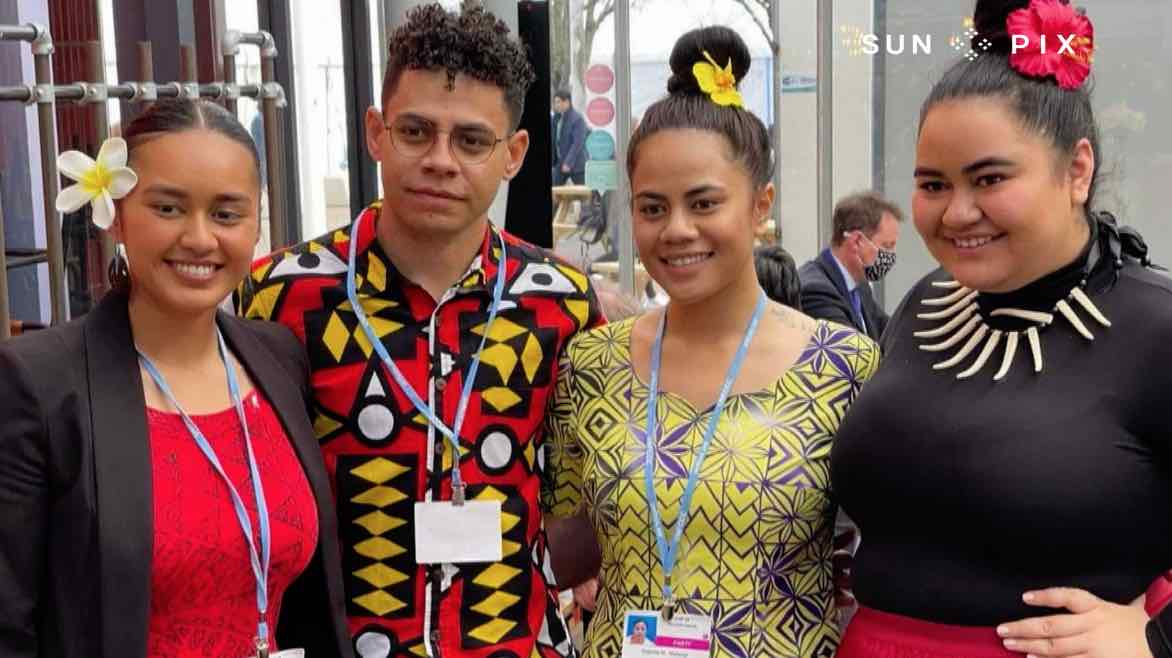 COP26: Pacific youth on the frontlines of climate change

The COP26 climate conference is currently on in Scotland, where many world leaders are present including four from the Pacific.

At the same time, a representation of youth from the region are there to amplify the Pasifika voice at the conference. They include Australia-based Salome Matangi from the Pacific Climate Warriors group. She joined Marama T-Pole to talanoa about the message they’re trying to send to world leaders.

“It’s very important for us to be very visible here, because we are on the frontlines of climate change, and we are the ones that are being impacted the most,” says Matangi.

She’s hopeful the hundreds of world leaders in attendance are listening to their voice, but mindful it is the 26th conference.

“If they were listening to our voices before, they would have already taken the action that needed to be taken,” says Matangi.

“After these two weeks, all of our problems won’t be solved. A lot of the work is done outside, and I will say with confidence that our Pacific leaders, our Pacific youth, we have been doing the work already.

“So even if they don’t listen to our voices, we’re going to continue the fight that we’ve already been fighting, because we’re facing the effects of climate change now, and we’re learning to live with it now.”

Matangi, of Tuvalu and Samoan heritage, is well aware of the impacts of climate change on her island homes.

“Being Tuvaluan, obviously we are one of the first island nations to feel the effects first-hand. If we don’t get what we’re asking for very soon, we will be the first to lose our culture, our land,” says Matangi.

“A big part of the reason why I’m here is for Tuvalu, because I would like to be able to go back to my island home.

“We shouldn’t have to tell the story of what was, or what could have been.”

Ultimately, Matangi says she’s hopeful out of need, not want.

“One of our leaders spoke the other day, and what he said was, ‘We’re not here by choice or because we want to be here; we’re here because we have to be here.’

“We don’t just need another COP. We need the discussions around COP to happen, we need decisions to be made, but we also need the action to match the talk as well.”

Matangi says the Pacific Climate Warriors group takes energy from previous Pacific leaders that have paved the way, and they in turn aim to pave the way for the next generation.

Watch the full talanoa with Salome Matangi above.