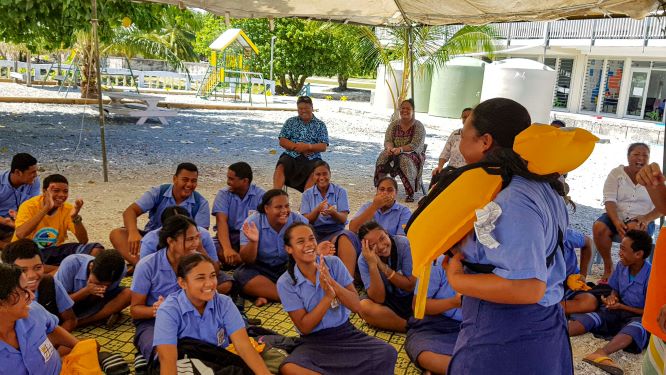 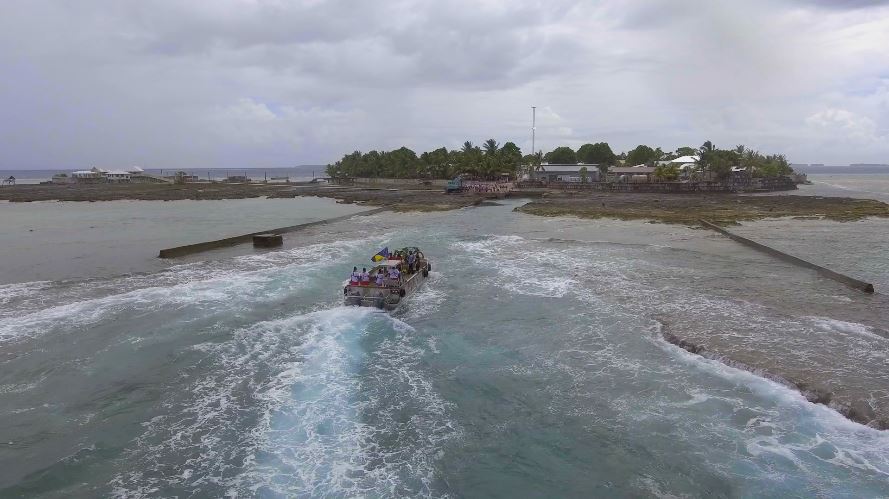 An inaugural safety at sea campaign launched in the remote island nation of Tokelau this month has been embraced by fishermen and their families.

The PMSP is a Ministry of Foreign Affairs and Trade programme, funded through New Zealand Aid and delivered by Maritime NZ.

A small team made up of representatives from the PMSP, FAO and Tokelau’s Department of Transport provided demonstrations of lifejackets, emergency distress beacons, marine radio and other maritime safety technologies. The programme also included outboard motor workshops for fishermen on each of the atolls.

Tokelau is one of the world’s most remote nations, with no air service – its atolls are reached via ship from Samoa. Its people are New Zealand citizens who rely heavily on small boats for fishing and transportation.

The programme for each atoll was developed in consultation with the atoll’s island leadership. Presentations and workshops were provided by the team to community groups and senior school children.

The messaging of the importance of preparedness and consideration of safety at sea was welcomed and championed by the women’s groups (fatupaepae) who unanimously supported the programme. It’s the fatupaepae, who have to wait for their fishermen to return safely from the sea. They advocated strongly for every boat going to the open sea to have sea survival equipment on board, and for every fisherman to wear a life jacket.

Outboard motors and small aluminium boats are a feature of life in Tokelau. The reliability of outboard motors is largely dependent on regular care and maintenance, as well as skill in being able to diagnose issues when they occur. The team provided interactive workshops led by a New Zealand outboard motor specialist which were hugely popular with the island fishermen.

The team also provided workshops to senior school students, explaining how risks of accident at sea can be minimised and what to do if you are in need of rescue.

Tokelauan children grow up around fishing in small boats. Accounts of accidents at sea from their parents and friends at school are common. For many it was their first chance to learn about and operate safety equipment.

PMSP Manager David Billington said the PMSP had been working closely with Tokelau’s Department of Transport to support their work on maritime safety for some time and this campaign was the extension of that work to the community of Tokelau.

“We were delighted to partner with the FAO on this project for the benefit of the people of Tokelau. We recognise that the island communities already have a strong culture of safety in place. This programme provides them with the opportunity to build on their traditional practices with modern technologies.”