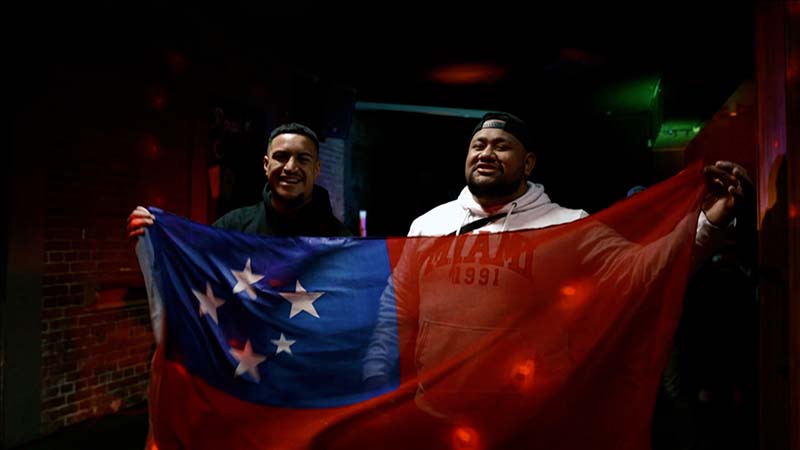 With a partnership with Warner Music Australia sewn up and ongoing support from their Pacific community, Castille Records is only just getting warmed up.

The label is home for the likes of artists Lisi4300 and Nokz78, who’re among the hottest hip hops acts out at the moment and who also completed a successful tour of New Zealand recently.

At the head of the Castille Records is Samoan businessman Christian Brown who, despite his successes to date, admits he’s still learning the ropes.

“Growing up, this is something I never thought I would do,” Brown says.

“I’m not musically talented and never thought I would pursue a career in music. However, that did not change the fact that I still wanted to provide for my family and to put in the work”.

Growing up in Goodna, just outside of Brisbane, Brown says he always had the drive to make use of the talent within his hometown. As a Pacific islander living in Australia, he realised that a lot of the youth in his area were often led astray by gangs or to violence.

And it’s a sentiment label artist Tahlis Poasa aka ‘Lisi4300’ shares. His love and loyalty to his neighbourhood is something he emphasises in his song lyrics.

“Living and growing up in Goodna, we didn’t have much. But I always make sure to rep the area in everything I do” Poasa says.

“It’s all about growth for me,” says Brown.

“A lot of these boys, their older siblings, are really close friends of mine. To be able to see their growth now with everything they are doing, it makes everyone proud of them.”

With the success accumulating, and the ‘recognition factor’ increasing by the day, humility is a quality that Brown wants to instill in his artists.

Having been raised in a Samoan family, it’s the cultural upbringing and lessons that are at the forefront of the team in whatever they achieve.

The values of family, fellowship and respect is what keeps Enoka Sunia, aka ‘Nokz78’ in check, as he continues his rise to greatness through his music at Castille Records.

“Family is everything to us,” Sunia says.

“It’s why we’re here and why we do this. I want to give a better future and the best I can for my family. That’s why we are in the studio, late at night trying to make a lot of things happen.

“In my 64 Bars, I mention in my lyrics that I’ll keep making music till my Mum never works again. For me, that is the dream. I want to make sure I provide for my Mum.”

Having recently completed a debut tour in New Zealand, Castille Records hopes to continue the momentum by creating more opportunities for others. Being of Pacific islands descent, their collective goal is to make sure to uplift future generations of their Pacific community.

The trip to New Zealand had also been a good time for the group as a whole to reflect on their achievements and progress since establishing.

Looking to the future, Brown only has one dream for Castille Records and that is total domination. With the ongoing partnership with Warner Music and other plans in store, he is ready to see what the future holds for the label.

“You know we have projects in the works,” Brown says.

“We want to help people back in Samoa where we are from. We’ve got that going and we are ready to share those blessings with others.”

Talanoa: Green MP on support for a moratorium on deep sea mining in the Pacific

Proposed law to improve wages and conditions for low-paid workers