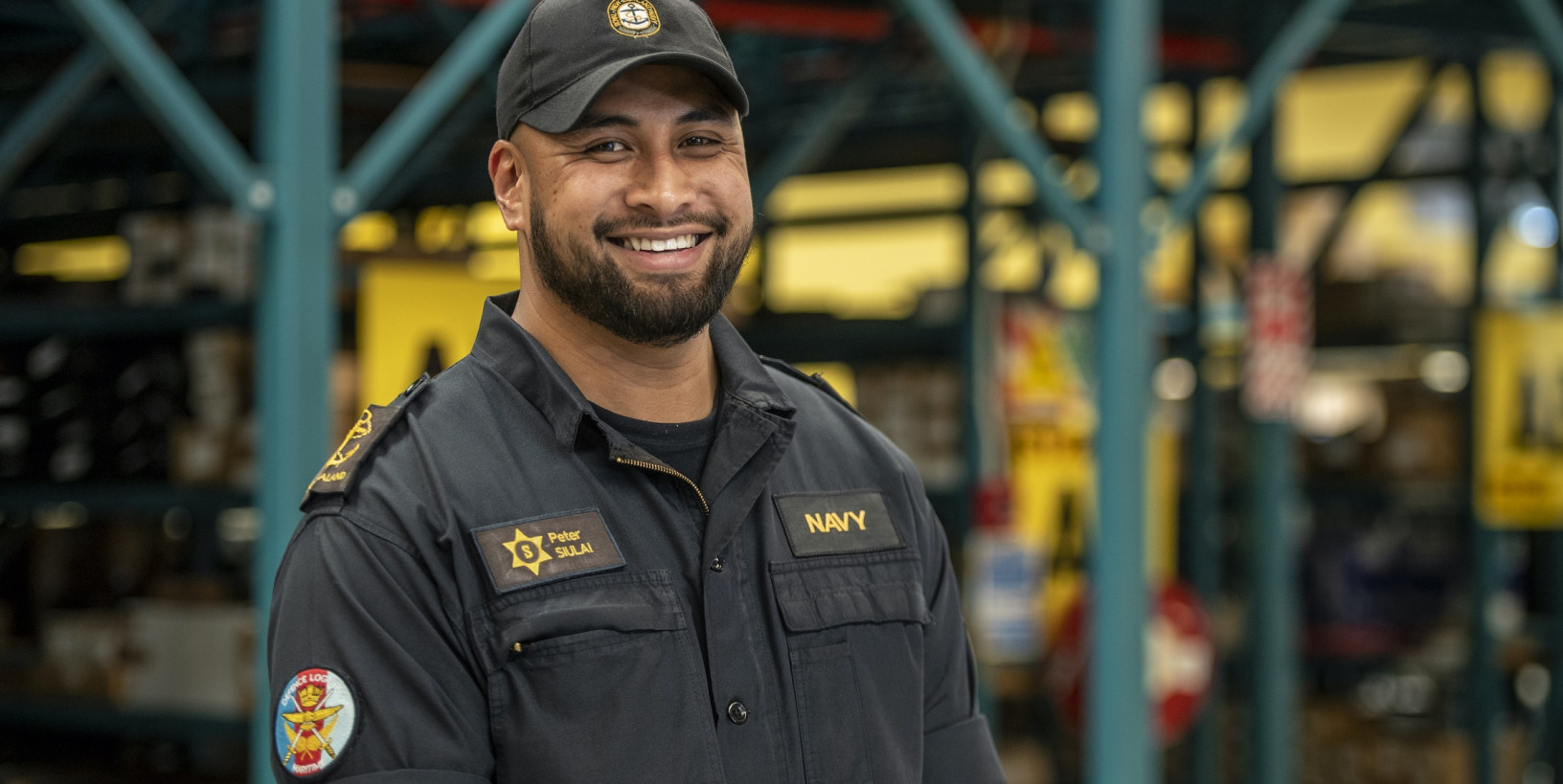 An Australian-born Samoan with a head for the complex world of logistics and a heart for his family has been named the Royal New Zealand Navy Sailor of the Year.

Leading Logistics Supply Specialist (LLSS) Peter Siulai, 27, from New Lynn in Auckland, is a sailor of professionalism, skill, enthusiasm, dedication and resilience – the epitome of the values expected of the modern sailor, according to Chief of Navy Rear Admiral David Proctor.

LLSS Siulai said the award was a “massive shock” and he was still taking it in.

As a youngster, he moved with his parents to Auckland, along with his two sisters and a brother. He attended Kelston Boys’ High School, and participated in its services academy programme.

“I originally wanted to be a police officer but they weren’t recruiting teenagers fresh out of high school and advised me to get some life experience with the Defence Force,” he said.

“The Navy sounded like the one for me – travelling but I could still be in Auckland, close to my family.”

“The Navy was a faster pace than the academy – and not just the physical side. There’s some things you can’t prepare for.”

LLSS Siulai had to remind himself at times why he had been motivated to join, including having a stable career and being the first in the family to join the military.

“Also I didn’t want the embarrassment of going home early, and living with the ‘what-ifs’.”

It was a decision he hadn’t regretted, he said.

As a Logistics Supply Specialist, LLSS Siulai was responsible for ordering and providing equipment and stores for their ships or on shore, and his role had taken him to sea on HMNZS Hawea and Te Mana.

“It’s a really family-oriented kind of branch. You get exposed to a lot of deployment planning and you learn some of the ins and outs of most trades.

“And everyone wants to be friends with people in logistics branch.”

Being Sailor of the Year involves being a voice and driving initiatives for junior sailors, as well as a VIP escort at events. Sailors of the Year are given an overseas study tour, although that will be postponed because of COVID-19.

LLSS Siulai likes the sense of purpose the Navy has given him.

“There’s a feeling of belonging, of getting into the uniform each day and being proud to wear it. Then there’s the camaraderie, the people you meet and the bonds you make, across the Defence Force.”

His family was also a big driver for him and he contributed his share of “putting food on the table”, he said.

“For my family, Sunday is about church and a big lunch with friends and loved ones around. Everything I’ve done so far, I’ve done for my family.”