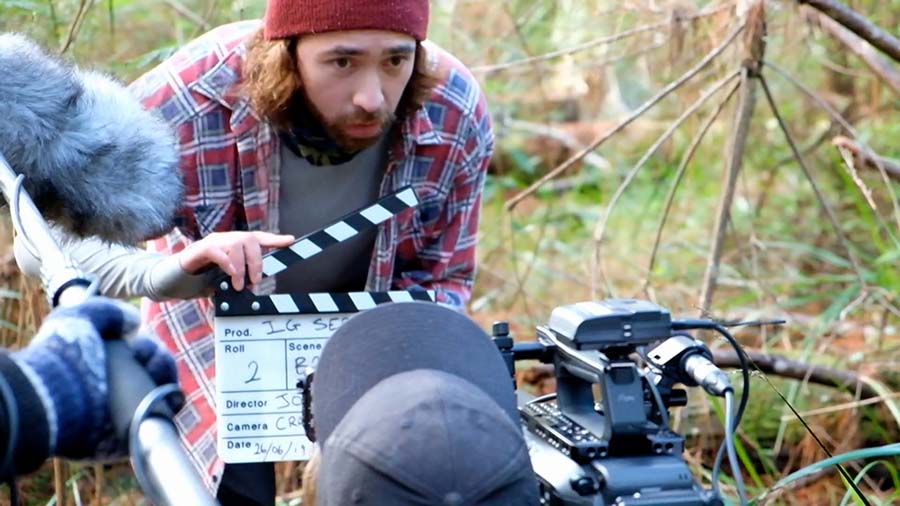 He’s an actor, director, videographer and now this talented Samoan is working on a new web series, Shadow Peak.

“My friend up in Auckland, Sarah, had this idea for an interactive series where the audience gets to choose what the characters do, episode by episode,” Jordan says.

“And so while I was filming ‘Shortland Street’ on the side, I was also leaving the studio going to Sarah’s house and just writing down how we can make this work.

“How can we tell a story using social media, in the social way that it’s meant to be used, whilst having divergent storylines come to a head in the end. So, ‘Shadow Peak’ that’s what it’s called, that we’re working on now.”

In the next few days Jordan and his team need to reach $10,000 through a crowdfunding platform to get the project going.

“We wrote the story, we pitched it everywhere and then Boosted New Zealand came to us, and they were like, ‘hey I really like this story, we’re working with Auckland City Council to try and boost the arts in Aotearoa, how about we get you started on our platform?’ So, Auckland City council gave us our first $2000 and we need $10,000 to make the whole series.”

Jordan’s Pacific Islands connection is through his late Samoan grandfather with whom he credits with fostering his love of the arts.

“I grew up with my grandfather and he’s a really important figure in my life, he’s probably the reason why I got into performing arts,” he says.

“It’s largely down to my grandfather who was always big on taking me places to watch people and ask me about them. What did I think about them? Why did I walk this way? Why do they talk this way? And then it just stemmed from just the love of observing people.”

However, two months ago, Jordan’s grandfather passed away and while it remains painful and fresh in the memory, the young creative is grateful that he was able to collaborate with his grandfather on a photo project.

“It was actually an entry for the Pataka Museum, where I took an image of his father at the British Museum who was a Matai Moefa’auo from Lufilufi and was a big part of the ‘Mau movement’ and I got that image and I copied that style onto my grandfather, just to show the generations and the change.”

Jordan says he’s keen to find out more about his Samoan heritage but, for now, just wants to concentrate on getting Shadow Peak going with his small crew.

“Sarah Dawes, she came out with the idea she’s also in it, I’m acting in it as well so it will be everything and I think that is the nature of guerilla filmmaking in New Zealand.”

You can donate to the Shadow Peak Boosted campaign here.

‘Something needs to be done’ : Samoan social entrepreneur animates Pacific languages for kids