HomeSportsMoana Pasifika gearing up for the Super Rugby 2022 season 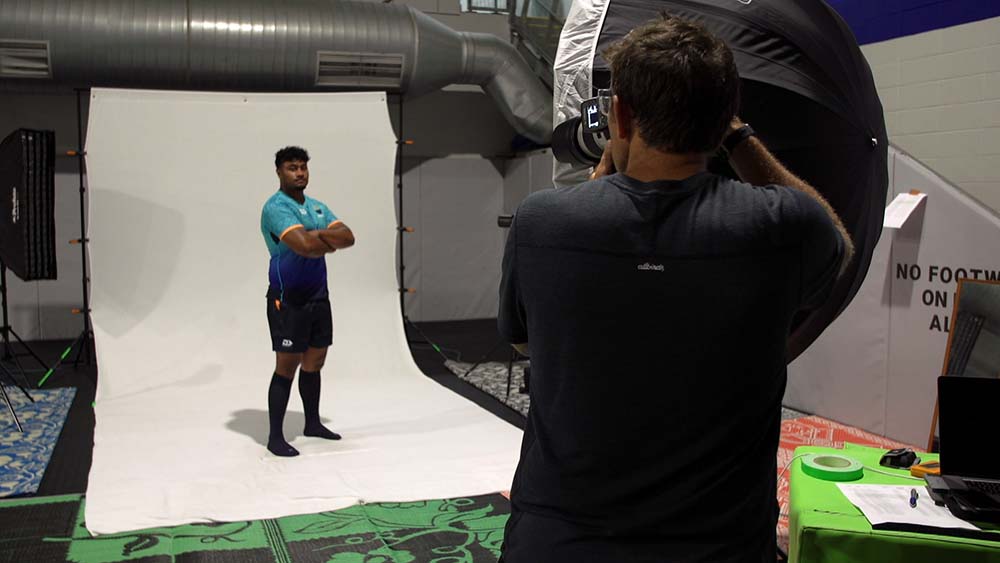 Moana Pasifika gearing up for the Super Rugby 2022 season

A team photo shoot is not like taking your average selfie.

But these players make things look a little more professional.

Moana Pasifika is made up of mainly Pacific Islands and Māori players and for many, this photo shoot is their first taste of the super rugby realm.

“Super excited to take in the knowledge from the coaches and staff and players. I’ll do my best.”

Equally excited is first-five Lincoln McClutchie, “first super rugby team, first major team for me. It’s a different level to Mitre 10 cup; there will be challenges throughout the season.”

For those who’ve played super rugby before, being part of a brand-new Pasifika team is enriching

“I grew up in Samoa, so it was good to finally give something back to them and this team is bigger than me, bigger than all of us players,” says former Blues player Ezekiel Lindenmuth.

“So it was good for me and my culture to represent.”

Moli agrees: “This environment is not like any other team. It kind of draws back to where we came from in terms of spiritual and who we are and it makes us proud of who we are.”

Outside back Levi Aumua shares the same sentiment: “It’s definitely not like any team I’ve been in, I guess. Already we’ve got so much in common with the other players.

“I guess it’s culture driven, that’s the main thing and it’s only been about three or four days; we’re feeling really connected with ourselves and with our roots.”

The team has come a long way since its first training back in November 2020.

And with new teammates added to the squad, Christmas just gone saw them out and about helping the Village Trust Food Bank in West Auckland, the Coaching staff keen for the squad to embrace their community and cultural heritage in building that team bond.

“It brings more richness and value into our program. It enhances our why, more fuel to the fire and it just brings us a little bit more motivation so it’s very cool to see and learn,” says Lindenmuth.

“A lot of us are still learning about our history and now that we have the chance to actually learn more about it, we acknowledge it and value it more.”

The team hoping that this will translate positively onto the field.

“So, all fun and games until we pass the white lines and that’s when the warriors in us come out, like our ancestors. So we know when to have fun and when to put the boots on and do the business.” Says Lindenmuth

Lindenmuth’s all smiles with his dog, who is named ‘Boss’, hoping he’ll still be smiling after their opening game against the Blues.

“A hundred percent can’t wait; a lot of familiar faces in the blues. I was with them for two years before, so it will be good to get back at them.”

But before that game,  Moana Pasifika will play a pre-season match against the Chief’s on Friday night, February 4 at Mt Smart Stadium. Due to the Covid-19 red light setting that game will be played behind closed doors but will be broadcast live on Sky Sport 1. Moana Pasifika in partnership with Sky Sport NZ will dedicate the match to the ‘Ofa Atu Tonga’ disaster relief effort. Kick-off is at 7:05 pm.